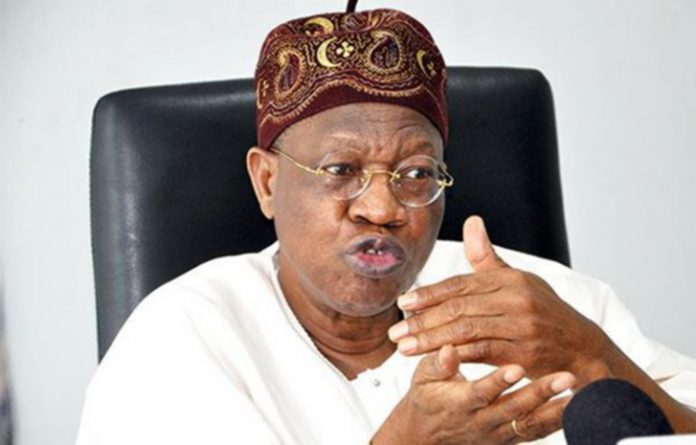 The Committee for the Defence of Human Rights has accused the Minister of Information and Culture, Lai Mohammed of instigating the arrest and detention of Rotimi Jolayemi, aka Oba Akewi, a journalist.

It would be recalled that the Nigeria Police Force on Friday charged the journalist for allegedly causing “annoyance and hatred” for the Minister through the social media.

The development comes less than five days after the minister denied being behind the arrest of Jolayemi, who is the Vice-Chairman, Freelance and Independent Broadcasters Association of Nigeria in Osun State.

In the charge filed at the Federal High Court, Abuja, and marked: FHC/ABJ/CB/104/2020, the police alleged that the journalist had on April 14 shared an audio file in a Whatsapp group which subsequently went viral on the platform.

The act, according to the police, contravened Section 24(1)(b) of the Cybercrimes Act 2015.

But in a statement issued by its National President, Dr. Osagie Obayuwana, the CDHR said Jolayemi was being illegally detained at the Federal Investigation Bureau (FIB) at the Force Headquarters, Abuja, for reading over the radio, a poem, considered critical of the minister.

The statement read: “Mr. Jolayemi is said to have been arrested by the police at the instance of the Minister for Information and Culture, Alhaji Lai Mohammed, on account of a poem read over the radio, considered critical of the minister.

“It is worrisome that Alhaji Lai Mohammed would have a hand in the arrest of the wife of Mr. Jolayemi, Mrs. Dorcas Jolayemi, and two of his brothers who were kept in detention for eight days, nine days and two days respectively as hostages, while the journalist, Mr. Rotimi Jolayemi was being sought.

“Furthermore, that even since Mr. Jolayemi surrendered himself to the police headquarters at Ilorin, Kwara State, on May 6, 2020, he is still being held till date, 12 days later, without being charged to court or granted bail.”