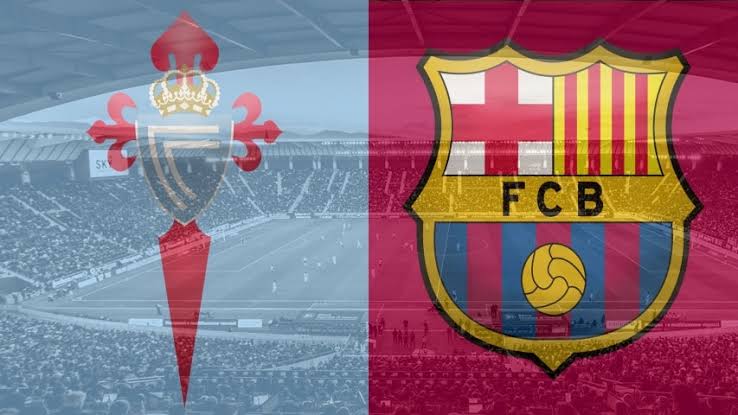 Share this on WhatsApp
Spread the love
Barcelona will be looking to reclaim first position in La Liga when they continue their 2019-20 campaign away to in-form Celta Vigo on Saturday afternoon.
The Spanish champions have fallen behind Real Madrid at the top of the table but will fancy their chances of returning to the summit when they head to Vigo this weekend.
There is no getting away from the fact that it has been a tough season for Celta, who were in deep trouble towards the bottom of the division when the action resumed in the middle of June.
A 1-0 loss at home to Villarreal on June 13 plunged the team further into the relegation mix but three positive results since then have allowed the Vigo club to move clear of the drop zone.
Indeed, a goalless draw at Real Valladolid on June 17 was followed by a 6-0 win over Alaves and 1-0 success at Real Sociedad, allowing Oscar Garcia’s side to move into 16th position in the table.
They are certainly still in the argument when it comes to the bottom three but are now seven points clear of 18th-placed Mallorca, which is a big advantage at this stage of the campaign.
Celta have only lost five of their 15 home league games this season, while Barca have picked up just six from 15 on their travels, which is likely to hand the hosts confidence ahead of Saturday’s affair.
Barca, meanwhile, were knocked off top spot on Wednesday night as Real Madrid recorded a 2-0 win over Mallorca to join the Catalan giants on 68 points.
The pressure is therefore on the reigning champions this weekend as another slip would allow Los Blancos the chance to open up a three-point advantage when they travel to basement side Espanyol on Sunday.
Barca’s next game after this one is at home to Atletico Madrid on June 30, which is another indication of the importance of the clash with Celta, who have enjoyed a recent turnaround in form.
Quique Setien’s side will enter this game off the back of a 1-0 win over Athletic Bilbao on Tuesday night, where Ivan Rakitic came up with a second-half goal to overcome the Basque club.
Barca have actually been victorious in four of their last five in the league, although the goalless draw at Sevilla on June 19 opened the door for Real Madrid to move to the summit.
Celta will be boosted by the return of Turkish midfielder Okay Yokuslu, who served a one-game ban against Sociedad, but David Junca and Sergio Alvarez are still on the sidelines through injury.
Nolito, who recently returned to the club from Sevilla, is likely to be in Garcia’s thinking for a starting spot, although it would not be a surprise to see the attacker named on the bench once again.
There are not expected to be many surprises in the home side’s XI, with Iago Aspas, who has scored 11 La Liga goals this season, again featuring in the final third of the field. Rafinha is also likely to play against his parent club, while Fedor Smolov could take Santi Mina’s spot in attack.
As for Barca, Ousmane Dembele and Frenkie de Jong are still on the sidelines through injury, while Sergio Busquets is suspended due to the yellow card that he picked up against Athletic.
Sergi Roberto remains a doubt with a rib problem, meanwhile, and it seems likely that Nelson Semedo will keep his spot against Celta before potentially dropping out against Atletico.
Rakitic could take Busquets’s spot for this game, although Riqui Puig will also be in Setien’s thinking when it comes to a spot at the base of the midfield. There is certainly a chance that both Rakitic and Puig could start as the speculation surrounding Arthur’s future continues.
Luis Suarez could be protected ahead of the Atletico clash, meanwhile, with Martin Braithwaite and Ansu Fati potentially battling to join Antoine Griezmann and Lionel Messi in attack.
This is potentially a very, very tricky game for Barca, who cannot afford a slip-up ahead of Tuesday’s clash with Atletico. The home side will be full of confidence following two strong wins, but we do expect the champions to collect all three points, returning to the top of the table in the process.
Prediction: Barca wins to nil.
Share this on WhatsApp
Related Topics:Celta Vigo FCFC BarcelonaLa Liga
Up Next