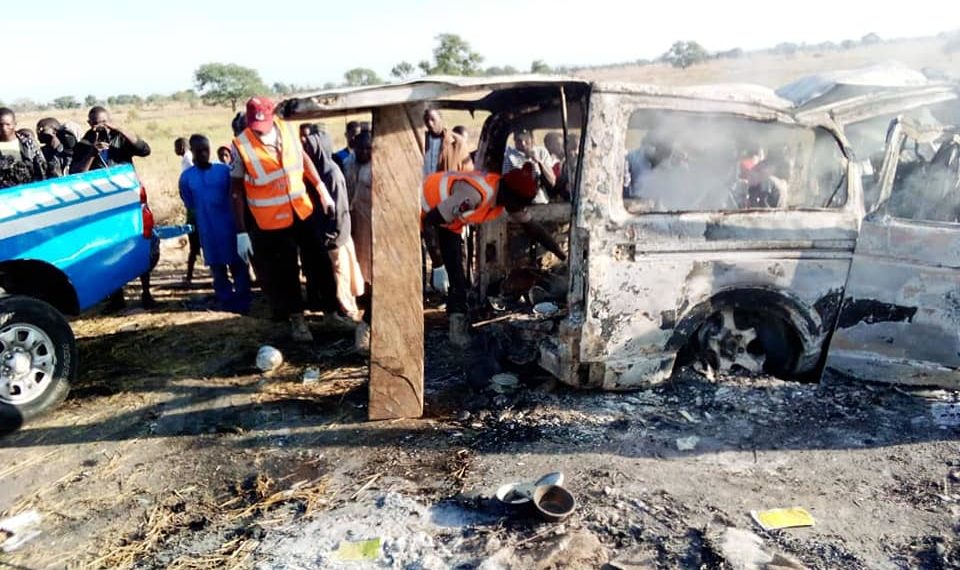 A child and six other victims have been reportedly killed in a ghastly motor accident that happened along Iyana Oworo expressway in Lagos on Sunday.

The victims were said to have been burnt to death when the bus in which they were travelling collided with another vehicle along the expressway, resulting in an inferno.

He said: “Upon arrival at the scene, a commercial bus of 14 passengers with registration number KJA 699 GY was discovered to have been gutted with fire.

“Further investigation gathered at the scene revealed that the incident occurred due to recklessness by the driver which resulted in the fire with 12 passengers trapped.

“The driver escaped with some burns while three female adults were rescued and rushed to Gbagada General Hospital. A male adult was also attended to by LASAMBUS at the scene.”

Oke-Osanyintolu added that the remains of the victims had been bagged by the Lagos State Ambulance Service (LASAMBUS) officials and handed over to the State Environmental Health Monitoring Unit (SEHMU).

“Arrangements have been made by the Lagos State Traffic Management Authority (LASTMA) officials at the scene for the removal of the burnt vehicle from the road.