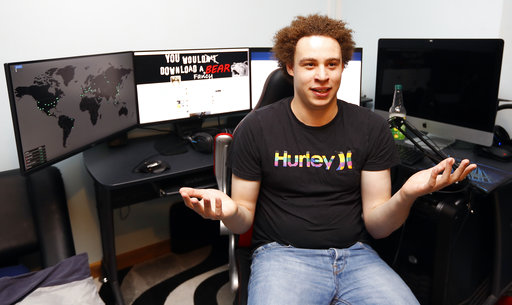 A British computer expert who was hailed a hero in May after helping shut down a worldwide cyber attack that paralysed NHS computers in over 150 countries has been arrested in the US by the Federal Bureau of Intelligence (FBI).

Marcus Hutchins, 22, was arrested at Las Vagas’s McCarran International Airport on Wednesday as he was leaving a hacker conference, according to one of his friends.

Mr Hutchins has since been charged with creating banking malware.

The arrest comes just months after Mr Hutchins helped find the “kill switch” that halted a ransomware virus called ‘WannaCry’ that had infected more than 300,000 computers in 150 countries.

The computer expert, who goes by the computer handle MalwareTech, had been in the US attending the Def Con event in Nevada city before his arrest.

Mr Hutchins’ friend, who works in the cyber security industry and was with him at the time, said the 22-year-old “was escorted out of the airport and never made his flight.”

Speaking on the condition of anonymity he said: “He was detained at McCarran airport yesterday. He checked into his flight and I think he was sitting in the Virgin upper class lounge.

“He was escorted out of the airport and never made his flight.”

The National Crime Agency (NCA) has confirmed Mr Hutchins is being held.