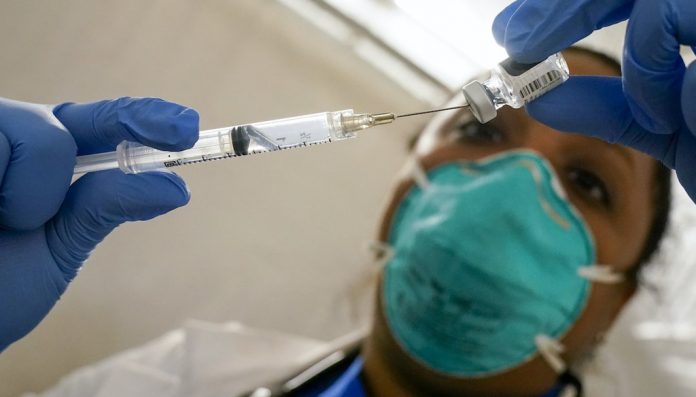 As cases pile up of the reportedly “rare” neurological disorder Guillain-Barré syndrome in people who received a COVID vaccine — forcing the U.S. Food and Drug Administration (FDA) to add a warning label to the Johnson & Johnson (J&J) shot — scientists are issuing urgent warnings about a possible tsunami of other types of neurological injuries.

Prion or “prion-like” diseases include Alzheimer’s, Parkinson’s, amyotrophic lateral sclerosis (ALS), multiple system atrophy (MSA) and others. A hallmark of these neurodegenerative diseases is the formation and clustering of misfolded proteins within the nervous system.

Now, Classen has published a second paper on prion disease risks that draws on actual adverse event data from the United Kingdom following vaccination with the AstraZeneca or Pfizer COVID vaccines.

These data show the risk of neurodegenerative adverse events is far from theoretical. In fact, the AstraZeneca vaccine is already producing a safety signal for Parkinson’s disease, and the Pfizer vaccine may not be far behind.

Though both vaccines aim to spur production of coronavirus spike protein and related antibodies within the recipient, the two injections are “quite different in their composition,” according to Classen.

This might explain the first startling finding generated by Classen’s scrutiny of adverse reaction data: Thus far, the UK has seen 3.55 times more adverse reactions reported for the AstraZeneca injection compared to the Pfizer injection (745,965 vs. 210,168).

Each AstraZeneca report describes an average of 3.63 adverse reactions versus 2.84 reactions, on average, for each Pfizer report.

This general pattern also holds true for “Nervous Disorders,” with 4.14 times as many such reactions reported for the AstraZeneca shot as for the Pfizer shot.

Describing these findings as a “clear signal of a specific prion disease, Parkinson’s disease,” Classen notes the findings are biologically plausible because they are consistent with what is known about the pathogenic coronavirus spike protein.

In addition, the stand-out symptoms of freezing, tremor and sleep disturbances match up to the “well accepted pathophysiology of prion disease.

Ordinarily, scientists believe it takes years (or even decades) for the abnormal folding of certain proteins to produce prion disease. How, then, could Classen detect a “clear signal” for Parkinson’s disease just months after the vaccines’ rollout?

Classen offers several explanations which are not necessarily mutually exclusive. First, he suggests COVID vaccines could be accelerating disease progression in individuals who either already have subclinical prion disease or have mild prion disease that has not been properly diagnosed.

In addition, there is evidence indicating the vaccine spike protein can prompt misfolding of essential RNA/DNA binding proteins called TDP-43 and FUS and catalyze a toxic “chain reaction.”

For these and other reasons, Classen suggests that the clinical relevance of his findings “could be logs in magnitude higher” than the Parkinson’s signal he was able to detect in the Yellow Card data.

COVID shots are far from the only vaccines adversely affecting the nervous system. Among the nearly 400 adverse reactions profiled in the package inserts for U.S. childhood vaccines, symptoms considered red flags for neurological problems abound.