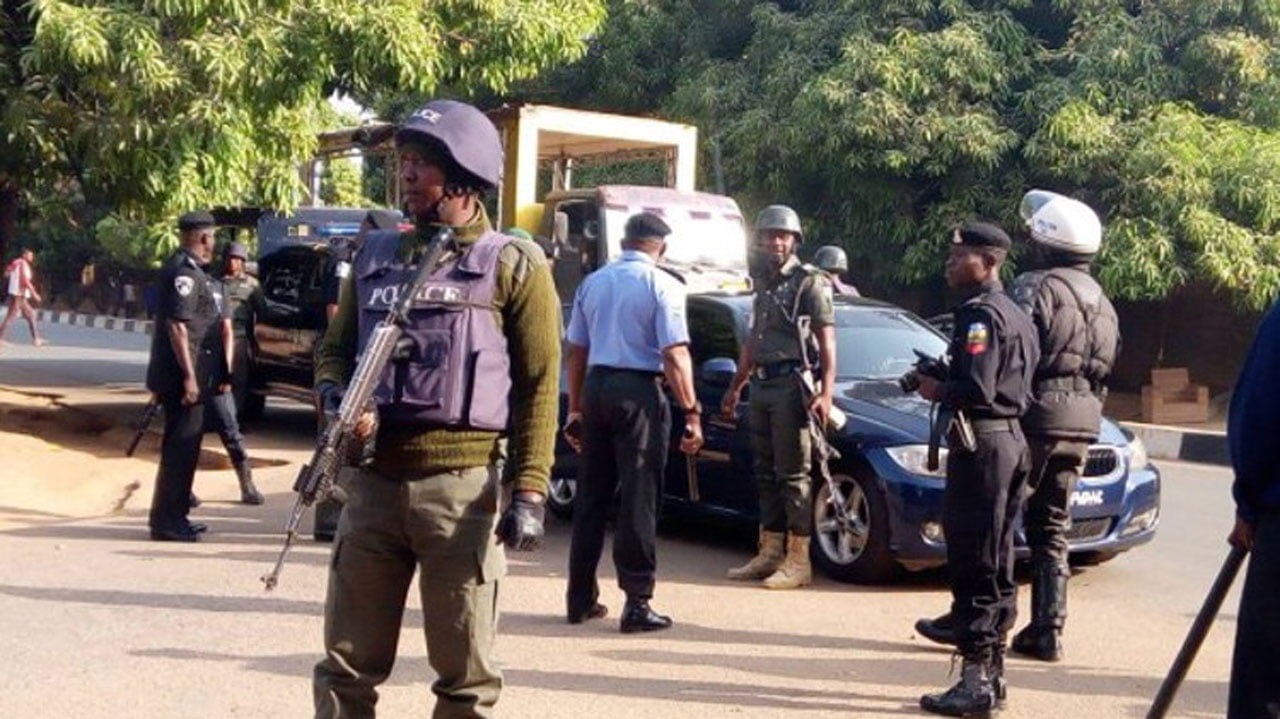 No fewer than four policemen and two other civilians have been reportedly killed when gunmen attacked a checkpoint in Obeagu-Amechi community in Enugu South local government on Wednesday night.

At least two passers-by, including a Pastor and a member of the Neighbourhood Watch were also said to have been gunned down during the attack, which took the policemen by surprise.

It was gathered that at least three of the gunmen may have been gunned down too by police operatives at Amagunze, who were promptly alerted and laid ambush for the fleeing gunmen.

READ ALSO: Court sentences ex-policemen, 3 others to death for kidnapping

The heavy gun battle also left many bystanders and commuters injured. A police patrol van was set ablaze by the gunmen during the attack.

Sources hinted the attack which started shortly before 8 pm lasted for over 30 minutes.

They said the hoodlums who came from Agbani axis of the road had encounter with policemen at 4 Corner Junction and Amagunze in Nkanu East Council headquarters before attacking the checkpoint at Enugu South.

One of the sources who spoke on condition of anonymity said:“It was around 7.30 in the night that we started hearing gunshots along the road.

“The shooting lasted about 30 minutes. But after the shooting, the hoodlums appeared to have overpowered the policemen as they succeeded in setting their vehicle on fire”.

He said he identified four policemen, one pastor and a neighborhood watch officer among the dead taken to the University of Nigeria Teaching Hospital, Ituku – Ozalla mortuary.

“There was confusion and tension while it lasted; people were running in different directions. I think the policemen were totally caught unawares,” the source said.

Enugu police spokesman, ASP Daniel Ndukwe, who confirmed the incident, said: “Information surrounding the shooting incidents in the evening hours of today, 21/07/2021, where Police Operatives were allegedly attacked by yet-to-be-identified gunmen at checkpoints in Obeagu-Amechi in Enugu South LGA and Amagunze in Nkanu East LGA are still sketchy.”

He said that preliminary investigations have commenced, assuring further development will be communicated.