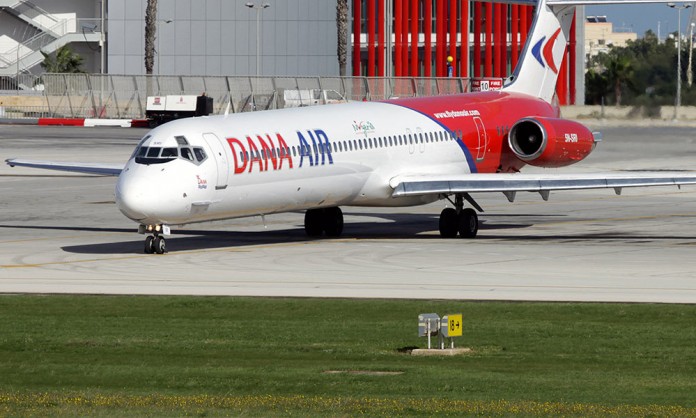 Nigeria’s most stable indigenous carrier, Dana Air; has reaffirmed its commitment to appreciating and showing love to people living with disabilities, while also providing necessary support to Non–governmental Organizations that share similar objectives.

In its determined posture to pursue this mindset, the airline has assured that its participation in this year’s Green October Event 2016, slated for October 1, at the Oriental Hotel Lagos, will be inspiring and thrilling, as some Nigerian music and movie stars have been lined up for the event, which will focus on raising funds for children living with autism.

According to the Accountable Manager of the airline, Mr. Obi Mbanuzuo, the decision to support autistic children was conceived to disabuse people’s minds from the stigma associated with the condition.

“Autism is largely misunderstood by many and this makes it difficult for affected children to cope with the demands of the society.  Supporting the Green October Event is just our way of showing commitment to the wellbeing of people living with the disorder, and the need for us all to fight against the stigma that they face,’’ Obi said.

He disclosed that the airline is involved in a number of charitable projects through the Dana Foundation, particularly noting that the airlines’ in-flight envelop donation scheme, has helped raise funds for orphanages and charity organizations that share similar objectives.

The ‘Green October Event,’ according to the lead facilitator and Chief Executive Officer of Lamode Magazine, Sandra Odige, is a La Mode Magazine initiative billed to take place annually with a major objective of appreciating and showing love to people living with disabilities.

“The 2016 edition is focused on Autism. At the event, funds are raised to support this cause (Autism) and La Mode Magazine is partnering with the Learning Place Centre (TLP), a Centre that cares for people living with Autism to achieve this,’’ Sandra explained.

She expressed gratitude to Dana Air for the support and called on government and other organizations to also support the Centre.

Autism is an abnormal health condition that makes the affected people have difficulty in communication and slow in any activity. They are often vulnerable to social abuse and stigma because of their condition. Autistic children suffer bullies from their peers and are always isolating themselves at schools and other social gatherings.

There is no known cure for autism now except to give them a feeling of belongingness as normal people in the society and show them love. That is the motive that prompted Dana Air and La Mode magazine into this partnership to fight stigmatization on autistic children.