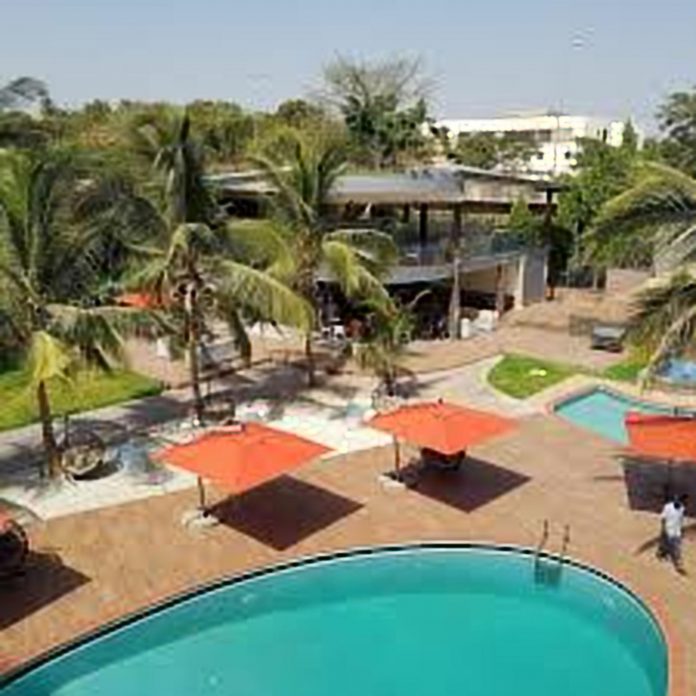 Four teenage varsity students went swimming in a pool. Three came out , but never gave a damn. What went wrong?

Emmanuel Balogun had full black hair shorn slightly low on the sides, leaving a shag standing in the middle of his head, running down backward. It framed his 17-year-old ruddy face marked with a hooked nose, full lips, and full cheeks, all covered in chocolaty, velvety skin.

Girls in his class thought he was an oil painting. He had all they wanted, including money flowing steadily from his rich family based in Abuja. Boys, too, liked hanging out with him, especially those who thought life was all beef and barrels of beer.

Besides all these, Emma had a large heart. And that was his undoing. It was there he found a place for three friends who conspired to get him drowned at a May 6 poolside party where they went to celebrate their admission into the University of Abuja. It was an eat-out they enjoyed at no cost to them. Emma picked up the tab, about N10,000, for the gate fee, drinks, and catfish pepper soup he and his friends ate at the Dome Entertainment Centre, Adekunle Fajuyi Way, Central Business District, where they had the bash. He had always done that, as part of his large-heartedness.

A party spirit and cheerful giver like Emma is like a lamp. Which was why he attracted all kinds—moths, creeps, wasps, and other creepy-crawlies. Like those three classmates of his: John, Francis, Craig (real names not used because they are minors).

Most homicides have motivations. No killers take other human lives for nothing. Emmanuel’s friends had their motivation, too. But it wasn’t easy to make out. Just as the three made it difficult for people to know about the death of their friend.

Those who eventually knew were unable to immediately figure out why four friends would go skinny-dipping, and three would come out later, took the shoes and the wrist-watch and the money in the wallet of the last man floundering in the pool—why they would stand akimbo, and watch with wicked relish until the drowning man couldn’t stir anymore, and everything just went silent.

The eeriness of the whole incident: Emma lifeless body buried below the glistening surface of the swimming pool; the deathly stillness that followed; the thought racing through their minds—about watching a friend just die as planned. An average swimming pool in hotels is 20 ft by 40 ft, with an average depth of 5.5 ft. Rescuing their friend wouldn’t have taxed their youthful energy. Or at worst they could have called the hotel security—or the Central Business District fire service.

None of them made any call. They never alerted the police. Even Emma’s parents were not informed their son was lying cold and bloated on the marble floor of the swimming pool all night.

It all went back to the little time they’d spent together since their admission to the varsity. There was just something they hated about Emma. And it wasn’t exactly what they liked to share. But it could be any one of those iniquities in their rap sheet which they had coldly engraved against their trusting, happy-go-lucky, rich-dad’s- kid friend:  about the girls swarming around him like doves; about the money he threw around when they, his friends, had not even two beans to rub together; about his innocence in a wicked world where one’s enemies are as close as one’s skin. Frenemies.

The three nursed one or two or all of these beefs into mutual hatred, penned up inside of them, and, all along, stewing, looking for a vent.

By Monday night, Emma had been dead for over 24 hours. Nobody, except those three wicked teenage souls, knew—and the Dome Hotel management, too. But there was a most-knowing Big Brother watching the macabre drama, noting all the conspirators, their hushed tones, the thievery of the phones, cash, clothes, shoes of their friend they coldly edged to death. 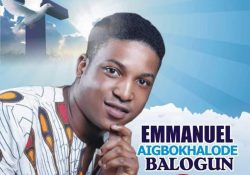 His classmates and hallmates were worried on Monday when they didn’t see him. But, somehow, they had the hunch things had gone fatal. The hotel had informed the police, and Emma’s corpse, heavily soaked by then, had been recovered and taken to a morgue.

According to a friend of the Baloguns, a girl amongst the classmates called Emma’s mother, garbled what she knew, and added a warning before she hung up.

The wife told her husband, and both started calling Emma’s phone. No response. It was switched off. So the couple headed straight for his hostel that Monday night. The kids there told them about the shindig at Dome on Sunday. They beetled down there—from there to the police—and, finally, to the morgue. Their son was there. Frozen.

His skin had blistered, palms had turned pinky.

Drowning is one of the most painfully slow deaths. Emma was already in untold agony while he was splashing around, trying to keep his head above the water line—to the amusement of his friends. The actual cause of pain while drowning is the series of spasms that occurs while the body is trying to protect its drowning owner.

So on submersion, Emma’s trachea first clammed shut—to prevent water from rushing down the lungs. Of course a swig or two might have entered the windbags. The spasm then continued at intervals, as he tried to hold his breath so water would not enter. The more he struggled to do this, the less oxygen he got into his blood, especially to the brain. Within minutes, his brain was dead. Still in there, brain dead, he started breathing now, uncontrollably. No spasm to shut the wind pipe again.  Water then flowed into his lungs in abundance. Like sponges, the lungs soaked up enough water that eventually weighted him down to the floor of the pool. Even if the three little bastards that coaxed him into the pool had moved in to help at this point, their effort wouldn’t have mattered. Emma was a goner.  Painfully so.

All Sunday night he was still probably down there, decomposition had begun. Decaying happens faster in pools—because of the freshwater. The gases produced, including methane and sulphide and carbondioxide, were already inflating him, ready to buoy up his body to the surface latest by Wednesday morning. He was, however, recovered on time.

Following the incident report, the police arrested the hotel manager first, and the three boys later. When the Baloguns got back to the DIG where the matter was at the Force Headquarters, the scene then moved to the hotel. The CCTV camera there had recorded everything—from the arrival of the four to the departure of the three, the robbery, the murderous leers on their faces, their wicked backs turned on a dead friend.

As one of them attempted to go back and help Emma out, the others blocked him. That still emphasized the gutfuls of bile flowing in their young veins. Even at death, Emma, with his golden heart, was still somebody they hated. They were going to make identifying his corpse difficult after they left. So one of them slipped into Emma’s shoes; another grabbed his phone. One shook down his pockets, and nabbed the cash there.

By now, what stirred up this kind of wickedness amongst the 17-year-olds of UNIABUJA was clear. It wasn’t because Emma was a lady’s man, though that was one of the sins for which he drowned. It wasn’t entirely about his money, either—though it was another reason they staged his death. The reason Emma was hated and trapped by those friends he loved was a passion—that green monster lying doggo in most humans.

During police interrogation on Thursday, the three boys’ confessions revealed they refused to rescue their friend because they were in the grip of that monster. “Emma’s always doing ‘shakara’ because his father is rich,” one of them said. They also told the third that wanted to help to forget it. ‘”All the girls are always admiring him. Leave him joor!”

Minors possessed by this demon, and pushed as far as committing homicide aren’t common around the world. Except on occasions when some sickos go on shooting sprees in colleges in the US where gun-carrying is hip. The UNIABUJA incident is one of the rare incidents in Nigeria.

Popular psychology states that people envy their friends when they can’t get what others enjoy. Uncontrolled, the emotion spirals into resentment, followed by the desire to punish or harm the other person whose life the envious covet. The glitz and glam of the Abuja campus put Emma up as a rich kid, an object of envy by those, including his three wretched friends, who eyeballed what he had that they didn’t. So they had to compete, red in tooth and claw, with him. 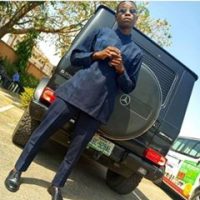 Abuja and the campus life can truly put a lot of pressure on teenagers whose worldview of life centres on what Nollywood projects to them. Like all campuses, UNIABUJA has no dull moment. Shows. Talents hunt. Parties. Catwalks. Pimping. The university city, the FCT itself, is not only the seat of power, it is also the centre of crazy wealth display. It makes teenage life even giddier for the varsity kids. Cradle snatchers, mostly rich politicos, sneak in nightly in the latest rides, call their babes on the latest Galaxy phone. Then they all zoom away to fleshpots and hotels around the city. The plushiest of the hangouts are in Wuse II and Maitama.

For those born on the wrong side of the rack studying at UNIABUJA, watching these vanities makes them burn. Little surprise Emma’s teenage friends were already consumed with the fire of lust for wealth and women. Their passion turned morbid since they couldn’t afford that kind of life; they had to punish whoever could. And the fall guy was their good friend—Emma.

They didn’t kill him outright.

Which made their case unlike it was in one of the world’s wickedest incidents of minor’s homicide. It happened in China. A 12-year-old girl, who thought herself ugly because she was fat, grew green as she watched her friend, trim and pretty, get more attention in their class. As reported in the Chinese media in 2013, Qin the phat then invited Zhou the trim to her house to play. The fat girl later smashed Zhou’s head as she watched television. Qin attacked her further with a knife, scissors, and others until she killed her friend. Still raging, Qin chopped off her dead friend’s head and arms, and kept them in plastic bags. She then cleaned the blood on the floor.

Qin was under 14. By the Chinese law, she couldn’t be thrown in jail. The court just fined her, and sent her for rehab.

Same might play out in the UNIABUJA case—at least to some degree.

Most of these boys are not yet 18 years old. Plus, they didn’t push or dunk Emmanuel in the swimming pool. They just decided to stand aloof when he needed a life-saving hand, knowing fully well he wasn’t a good swimmer.

Emma was buried before the weekend. But investigation continued.

The three kids are still held as suspects—not murder suspects, though.

What will the police charge them with in court?

The jury is still out on that.