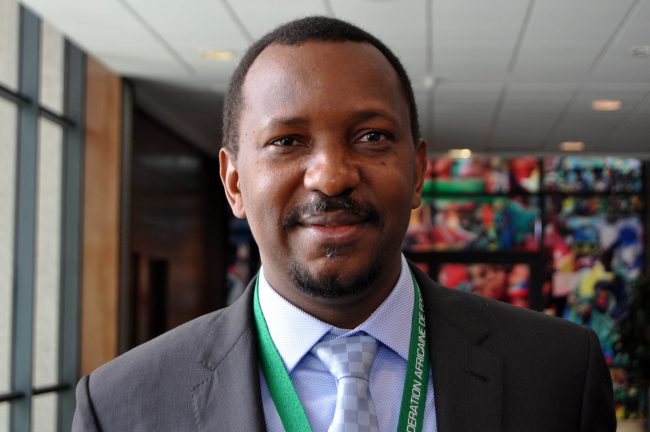 NFF’s 2nd Vice President/Chairman, League Management Company, Mallam Shehu Dikko on Thursday called on the nation’s football family to unite stronger than ever, as the present administration pursues the implementation of policies and programmes to take the nation’s game to higher heights of excellence.

Speaking at the opening ceremony of this year’s NFF Match Commissioners’ seminar, at the Merit House, Abuja, Dikko harped on the benefits of the football family remaining one indivisible unit, in order that the Nigeria game can witness even better results on and off the pitch in the coming years.

“We are currently witnessing a period of transition, as against what some people see as crisis. We need stability in the system; we need everyone to be thinking in the same positive direction. We have to acknowledge that unity is key in whatever we do.

“Whatever the issues are, the game itself should not suffer. Every disagreement or conflict can be resolved in the boardroom while the game thrives on the field. Those jurisdictions who appear so perfect have even more problems and disagreements than Nigeria, but they ensure that their conflicts do not affect the game on the field.”

Dikko called on the match commissioners to not only sustain the improved standards that have been witnessed over the years, but to take their conduct and performance to an even higher level in the interest of Nigerian Football.

Chairman of the NFF Match Commissioners’ Committee, Alhaji Babagana Kalli appreciated the passion and doggedness of the match commissioners in carrying out their duties, and assured that the NFF will continue to hold them in high esteem.

Share this on WhatsApp
Related Topics:League Management CompanyMallam Shehu Dikko
Up Next

This Nigerian player is rated above Mbappe, Neymar