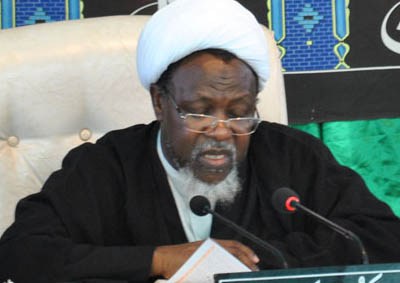 The revelation by the Minister of Information and Culture, Alhaji Lai Mohammed, that it costs the federal government of Nigeria N3.5 million to feed the detained Sheikh Ibrahim El-Zakzaky, leader of the Islamic Movement in Nigeria (IMN), Shi’ites, in one month has been generating disquiet across the country, essentially on the social media.
Several stakeholders who responded to the minister’s revelation statement were of the view that the ruling All Progressives Congress (APC) found new investment in the detained Shi’ites leader. Some others felt that El-Zakzaky has opened new channel of corruption to the tune of N3.5 million monthly. The common denominator, however, was the demand for investigation of Lai Mohammed and other government officials involved in the N3.5 million monthly expenditure on feeding El-Zakzaky.
The N3.5 million monthly feeding budget went viral on social media on Wednesday after Lai Mohammed made the statement in reaction to the refusal of the high Court in Kaduna to grant El-Zakzaky bail.
National Daily recalls that El-Zakzaky and his wife have been detained since they were arrested in Zaria, Kaduna in December 2015, after the Shi’ites violent encounter with the convoy of the Chief of Army Staff, General Tukur Buratai.
They were arraigned in court on May 15, 2018 and charged over alleged murder, culpable homicide, unlawful assembly, and disruption of public peace, among others.
After the court denied the Shi’ites leader bail, Lai Mohammed speaking to judiciary correspondents at the court premises, declared that El-Zakzaky is being kept in a safe place.
“The issue of whether, where he is, let’s keep it off record. He is in a residence and eating; I mean, it costs the government N3.5 million every month to feed him.
“We don’t want to inflame passion. Islamic Movement in Nigeria are a different kettle of fish,” the Information Minister had declared.