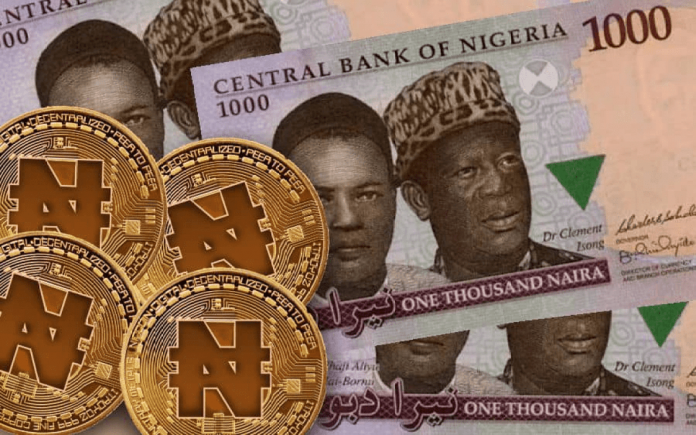 Nigerians without internet-enabled phones will be able to use the eNaira, according to the Central Bank of Nigeria.

The CBN revealed this in a document titled “Design paper for the eNaira.”

Ultimately, eNaira’s usability would definitely improve as Nigerians would be able to transact without having to subscribe to data or having an internet enabled phone.

CBN said, “The eNaira thus risks further alienating sections of the population who are uneducated, lack exposure and access to internet services or digital devices.”

“To mitigate this risk, the bank factored in the need for inclusiveness as part of the core design principle of the eNaira. This principle has enabled the bank to focus on simplicity and ease of use, ensuring that Nigerians without Internet-enabled phones can access the service,” the CBN added.

The eNaira, according to the apex bank, will complement existing payment methods such as mobile banking apps, point-of-sale terminals, USSD, fast response code, and Internet banking.

The CBN said, “The account-based CBDC model at its core mirrors the progress made on the National Financial Inclusion Strategy which enables access to financial services by leveraging last-mile networks to identify users and to provide banking services through channels such as PoS and USSD.

“With the account-based model, the CBN seeks to enable access by leveraging the existing identity infrastructure in Nigeria such as the BVN, NIN, TIN, etc., to uniquely identify individuals and corporate entities.

“Specifically, identity frameworks such as the NIN will enable access for the financially excluded as they can be uniquely identified, thereby enabling the provision of financial services. These identity systems will help ensure a robust KYC framework positioned to enable access for all Nigerians.”

Interoperability between the eNaira and other CBDCs was included in the eNaira’s architecture, according to the CBN.

The document stated that this would help boost cross-border payments and address concerns about the economy’s dollarization.