I WAS in Port Harcourt, Rivers State when the news of possible Ebola infection filtered into town. It was unsettling but not very surprising. As soon as the so called index case was confirmed in Lagos, I knew that it was a matter of time before a case 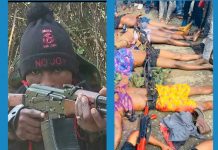