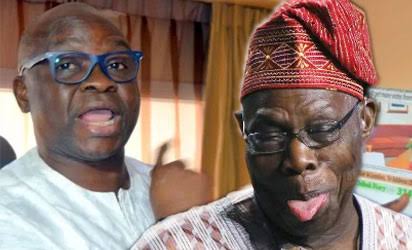 Few weeks to the Ekiti guber elections on July 14, the camp of the state’s strongman Gov. Ayo Fayose is already in disarray as his loyalists and party stalwarts begin to ship out en masse.

The National Daily learnt that no fewer than 18 associates of the governor’s, including state lawmakers, commissioners, and party stalwarts, are on their way out of the tight ship Fayose runs in the state PDP.

Afraid of intrigues, the governor was said to have restricted movement around the House of Assembly complex, allowing the House to convene when he has anything to discuss with them.

Early in his adminstration, Fayose declared he is both the Speaker and governor of the Ekiti government.

Speaker Kola Oluwawole only summons members for session that Fayose once a while calls for.

Others are Kayode Osho, a former Commissioner for Works, and Personal Assistant on Transportation Odunayo Ehinafe.

The number of the deserters, especially those angered by Fayose’s high-handedness, is increasing.

But Fayose’s commissioner for information has said the governor is never authoritarian,adding that anybody is free to come in or go out of any political party.