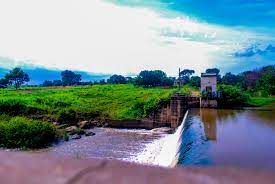 Dr Mudathir Akorede, an Associate Professor in the Department of Electrical and Electronics Engineering, University of Ilorin (UNILORIN) has charged the institution’s management to establish hydropower in the university’s dam.

Akorede, who gave the advice on Wednesday, while speaking with newsmen at the university, said that there was need to consider the possibility of developing alternative sources of power in the university.

According to him, this will help to address incessant erratic power supply to the institution as experienced in recent times.

“The institution has been experiencing epileptic power supply in recent times and such initiative will also reduce the huge monthly bills expended on public power supply.”

The don however said that the implementation of the suggestion required huge capital investment, which could be possible with international partnership and support from the Federal Government.

He said that adequate electricity could also be generated for the use of the university community through solar energy.

Akorede said that the institution had enough experts with technical know-how from across relevant academic departments and units, who could bring about something great that would consign the problem of instability and poor quality power supply to the morgue, if enabled with the right atmosphere.

“We can use our ingenuity to bring about positive innovations that will not only be of benefit to the institution but also to the surrounding communities through which the internally generated revenue of the university can be adequately boosted,” he said.

Speaking on the general situation of electricity in the country, Akorede acknowledged the unsatisfactory state of the nation’s power industry, which he said had impacted negatively on its socioeconomic environment.

He said that a critical analysis of the current security challenges facing the country would also show the effect of poor power supply.

“Many of those who are taking arms against the state are those who have been exposed to poverty as a result of poor quality and unreliable power supply with which they can engage in one legitimate economic activity or the other,” he said.

The don noted that many needless crises had been precipitated by the unsatisfactory performance repeatedly recorded in the power sector over the years.

Akorede said that most of the opposition to upward adjustments in electricity rates was usually informed by the frustration of the ordinary people on the quality and quantity of power distributed for domestic and industrial consumption.

He said that better service delivery on the part of the power distribution companies or DisCos would no doubt stimulate customers’ understanding toward price changes, if and when necessary.

On the solution to the contestable energy bills being served on customers, he said that it was on the need to address that challenge that the Nigerian Electricity Regulatory Commission (NERC) cleverly designed what he called “service reflective” tariffs to simultaneously serve the interest of both DisCos and that of consumers of electricity in the country.

According to him, the DisCos have partitioned their areas of coverage otherwise called franchise into bands A, B, C, D, and E.

He said that the rate charged each customer that fell was determined by the length of hours for which they enjoyed electricity daily.

He said that customers who did not consume beyond 50 kilowatts per hour (KWh), most of whom were found in rural areas were categorised as “lifeline” and were charged N4 per kWh, while city dwellers were charged from N26.97 to N62.3 per KWh of electricity depending on the duration of daily power supply to their geographical location.