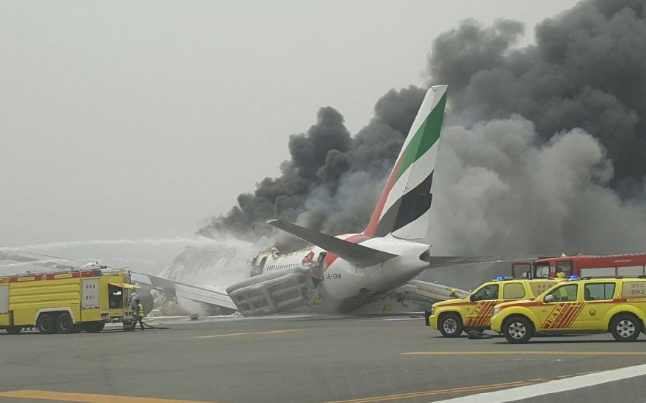 An Emirates airline flight from India has crash-landed at Dubai International Airport with almost 300 people on board, officials say.

The Dubai government media office said on its Twitter account that all passengers were evacuated safely and no injuries have been reported so far.

The Boeing 777 was reportedly flying from the Indian city of Trivandrum to Dubai.
Emirates airline said there were 275 passengers and crew on board.

“Our main priority now is the safety and well-being of all involved,” the airline said on Twitter.

All departures from Dubai international airport have been delayed until further notice, the Dubai authorities said, adding that the emergency services were dealing with the situation.