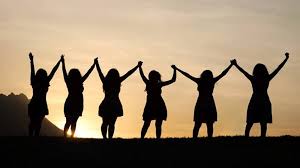 When women participate in the economy, everyone benefits – Hillary Clinton

When an important asset isn’t utilized in a business, the business loses it’s completive edge and eventually revenues go down. This principle works even with national economies which operate on a larger scale than most businesses. This leads to the question, why do we allow the massive, yet avoidable waste of human capital because of gender bias? This is something that should be addressed all across Africa and globally even.

There are only Fifty percent of women in paid employment in comparison to Seventy seven percent of men in sectors comprised of everything other than the agricultural sector. This disparity in employment rates has scarcely reduced over the last two decades. To make matters worse, the gap increases the more one advances up career ladder. There has been a decline in the number of female CEOs of Fortune 500 companies from twenty five percent to below five percent. Depressing news indeed.

I went to a women only college for my undergraduate studies in New York- Fordham University’s women college called Marymount in the nineties. It was a superb education, par excellence. We focused on boosting the mindsets of the young ladies admitted there to realizing that they had what it took to be achievers and make a difference in the world. Distinguished female CEOs came to speak there to us, internships to increase the number of females in blue chip companies were a constantly emphasized. We were given the freedom to think and act. It was when I went to graduate school in Syracuse University to study Chemical Engineering, that I realized what a blessing it had been

How do we bridge this gap? First, we need men to join women to changing the status quo. Most of the advocacy is led by women and it seems erringly similar to the charge for the right for women to vote in the 19th and 20th centuries. Men have mothers, sisters, aunties, and daughters, they should understand that these women are related to them also and this means that what happens to them is their responsibility also. So men step up to the cause!

Second, CEOs and titans of industry should comprehend that gender bias goes beyond being a civil and human right issue, it has to with the cash flow of a business.. It comprises the single major distortion in the contemporary labor market and is a foremost obstruction to wealth creation. It thwarts talent from rising to its natural level and leads to the methodical misallocation of funds, leaving the global economy worse off in the process.

It has been calculated by economic think thanks that terminating the gender gap would add $28 trillion to the value of the global economy – a 26% increase – by 2025. To truly depict the enormity of this addition- this surge is equal to the combined GDPs of the US and China.

All across the world, there is a direct correlation between female empowerment and economic development. To put it succinctly, Put simply, companies and societies are more likely to grow and prosper when women gain greater financial independence as wage earners and property owners.

Third, so far the focus has been on enabling women to break the glass ceiling in corporations dominated by men. This has it’s place in the long scheme of things, however, long term, the useful strategy would be increase opportunities for women to build and develop companies of their own. Emphasizing women’s entrepreneurship will lead more to a narrowing of the gender gap than promotion within existing businesses.

The sad reality today is that there are more male entrepreneurs than women. Female entrepreneurs receive a unreasonably small amount of venture funding. Despite the existing data that shows that companies founded by women produce considerably higher returns than the market average. We must enable more women gain access to the investment capital needed to support and accelerate the evolving revolution in female entrepreneurship.

Over three decades ago, Nobel Prize Winner Professor Muhammed Yunus fashioned the first ever microcredit bank in Bangladesh.  He observed that women were more likely than men to run their business professionally and to reimburse loans. His microfinance bank Grameen has 90% its customers as women. Gender bias shouldn’t’ t be our undoing as a society and we should all work hard at really transforming how we do business and raise and support women entrepreneurs.

She is an Advocate of STEM Education and is Passionate about Education reform. She is an innovative thinker and strives for our society & continent as a whole to reclaim it’s greatness. 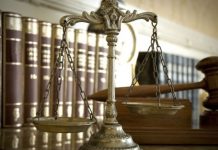