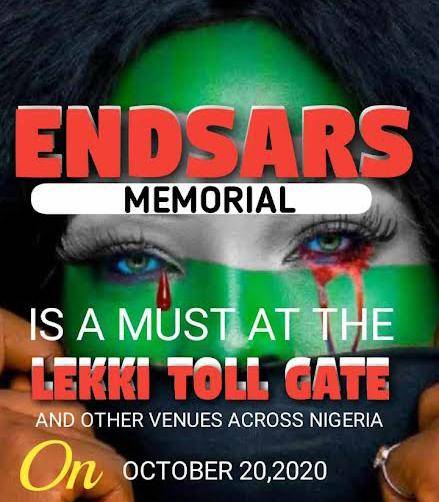 A Jumat service, traditional rites, and a church service are parts of the activities that will mark the first anniversary of ENDSARS.

The program, published online Thursday, however, has no identifiable promoters.

The Lagos police command has threatened to deal with anybody, groups, or organisations that make such attempt in Lagos, the heart of the protest against police brutality that degenerated into anarchy last October 20.

Some flyers shared on social media show that the events will begin with a Jumat service on October 15 at Jumaat Suadr Central Mosque, Ojota, Lagos, followed by traditional rites on October 16 at the New Afrika Shrine in Agidingbi, Lagos.

On October 17, a church service will be held at Logos Christian Centre in Oregun, Lagos.

The publication also indicates memorial protests will also hold in major cities like Ibadan, Port Harcourt and Abuja, and the Lekki tollgate, Lagos on October 20.

But the commemoration may not have Twitter’s blessing this time, following the federal government  ban o the platform, which the owner is still trying to resolve.

Twitter took down all the blood-stained flags some ENDSRAS enthusiasts were posting on October 1.

It warned the users such will no longer be allowed on the platform.