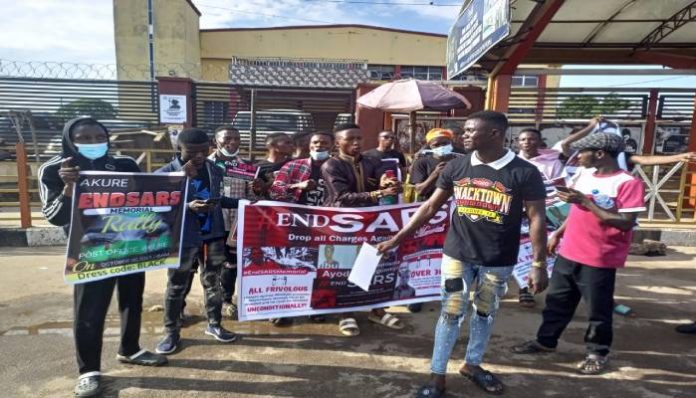 The human rights organisation, Amnesty International, has decried a lack of justice over police brutalities and extra-judicial killings meted to citizens and youths despite the #EndSARS agitations a year ago.

In a statement by the group’s Country Director, Osai Ojigho, one year after peaceful #EndSARS protests ended in a brutal crackdown by Nigerian security forces in Abuja, Lagos, and other parts of the country, no one has been brought to justice for the torture, violence, and killings of peaceful protesters, while reports of human rights violations by the police continue.

The organisation further detailed how the #EndSARS protests spiralled into widespread mayhem due to “instigated violence by pro-government supporters who provided cover for the police to use lethal force against peaceful protesters.

“A year on, despite the gravity of these human rights violations, not a single member of the security forces has been prosecuted while judicial panels of inquiry set up to investigate abuses by officers have made little progress.

“Under the pretext of restoring order, horrific injuries were inflicted on hundreds of people and at least 56 people were killed, among them dozens of young people lost their lives as Nigerian security forces used unnecessary and excessive force to disperse peaceful protesters across the country.

“It is unacceptable that despite overwhelming evidence, the government continues to deny the use of live ammunition on protesters at the Lekki toll gate exactly a year ago.”

Consequently, Amnesty appealed to President Muhammadu Buhari to fulfill “his promise of reforming the police to end the reign of impunity Nigerians have been protesting against for many years.

Failure to bring to justice those suspected to be responsible for the torture and killings of #EndSARS protesters on 20 October 2020 are yet another indication that Nigerian authorities lack the political will to ensure accountability for these atrocities, and end police brutality.”