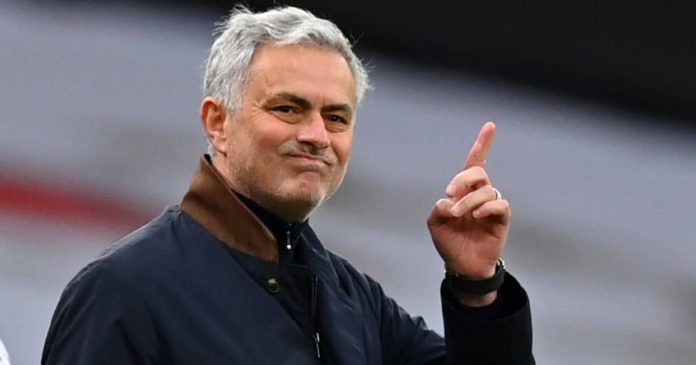 Supposedly, Mourinho criticism stems from fact that Fernandes has entered the tournament from the heels of a sensational campaign for United, with a remarkable 30 goals mark and 18 assists in all competitions.

Strangely, Fernandes has failed to replicate his club form for his country, where Portugal had to struggle for victory against Hungary in their first game before a devastating 4-2 defeat to Germany in their second encounter.

Portugal’s misfiring outing has made their chances of qualifying for the last 16 stage looking rather slim ahead of their final game against one of the tournament’s favourites France.

For Mourinho, Fernandes and Portugal have the ability to beat any side in the tournament while he would like his compatriot to quickly recapture his best form as he ‘wasn’t there’ in the first two games.

Speaking to talkSPORT  Mourinho maintained that Portugal at its highest level can beat anyone’.

‘But we need to play with eleven players, in these two matches Bruno Fernandes was on the pitch but not playing.

‘I hope he turns up against France, because he’s a player with incredible potential.

‘He has a lot to give, but the reality is in these two matches he was not there.’

Unfortunately for Portugal, France’s draw against Hungary means they’ll likely play a full strength side in their final group game as they need a win to top the group.

Portugal will tomorrow clash with France in their last group game in what seems to be a repeat of the 2016 final, when Portugal upset the odds to beat France to the trophy in Paris.