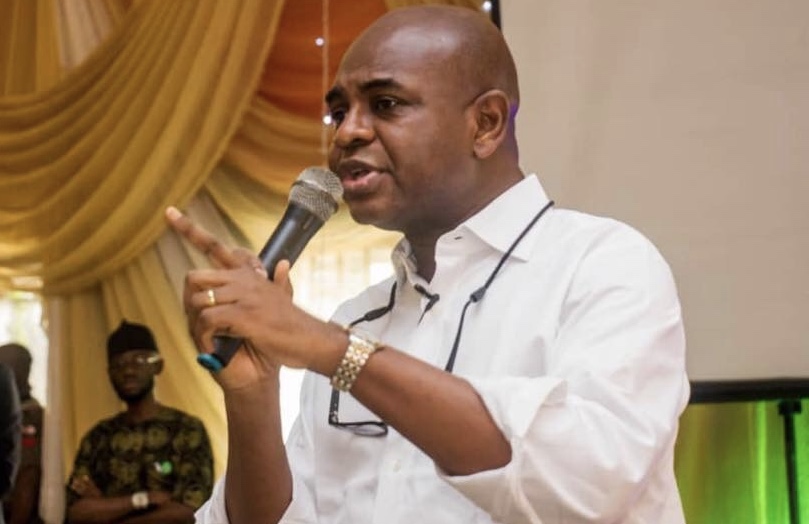 A former Deputy Governor of the Central Bank of Nigeria, Kingsley Moghalu, on Tuesday faulted the conferment of Grand Commander of the Order of Niger (GCON) on former Chief Justice of Nigeria, Justice Mohammed Tanko, by President Muhammadu Buhari.

Justice Mohammed resigned from the position over health concerns on Monday.

The president later conferred one of the country’s national honours on the ex-CJN in recognition of his contributions to the nation’s judiciary.

However, there were reports that Justice Mohammed was forced to leave the position after 14 Supreme Court Justices protested the poor management of the apex court under his watch.

Moghalu, who reacted to the conferment of GCON on the ex-CJN on his Twitter handle, said he was not worthy of any honour.

He also branded the Nigerian judiciary as a corrupt establishment in need of urgent cleansing.

Moghalu wrote: “I am not exactly certain what qualifies our recently retired Chief Justice of Nigeria, Tanko Muhammed, for the very high national Honour of Grand Commander of the Order of Niger (GCON). The man retired under a cloud. His tenure was spectacularly undistinguished. Nigeria’s judiciary is corrupt and needs to be cleaned up.”