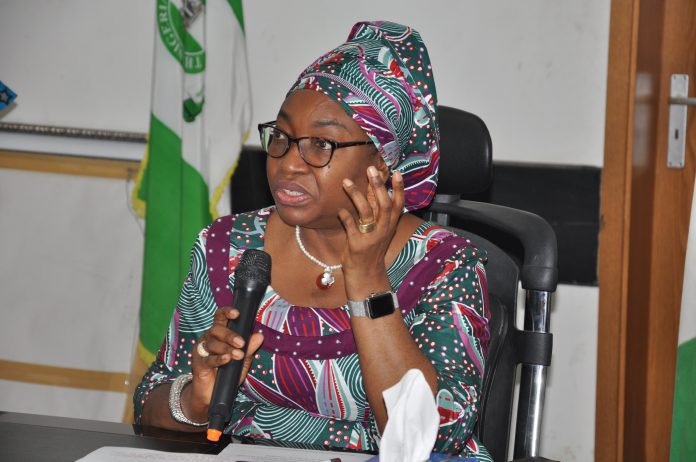 There are emerging indications that President Muhammadu Buhari may have purportedly gone after the Head of Service, Winifred Oyo-Ita, because of his political rivalry with former vice President Atiku Abubakar, presidential candidate of the Peoples Democratic Party (PDP) in the February 23, 2019 presidential election.  National Daily gathered that Winnifred Oyo-Ita relationship with Saminu Turaki SAN, a strong supporter of Atiku, including her open brawl with the Chief of Staff, Abba Kyari, at the Federal Executive Council (FEC) meeting, and strong resistance to the reinstatement of fugitive Maina, the Pension fraud suspect, into the civil service after years of dereliction of duties to evade prosecution, over allege looted billions of pension funds, sparked the attack on her by the Presidency to eliminate her from the federal civil service.                                                          It was gathered that the President waited for her to hatch the plot as in the case of former Minister of State for Petroleum, Ibe Kachikwu, who leaked the $20 billion contract in the Nigerian National Petroleum Corporation (NNPC) through a letter to President Buhari and was dropped from the second term cabinet, or the former Chief Justice of Nigeria (CJN), Justice Walter Onnoghen, at an appropriate timing predicated on corruption accusation and seeming blackmail over N3 billion misappropriation, as in the case of Onnoghen.

There was the innuendo that the president would have found it difficult dismissing Oyo-Ita from the office of the Head of Civil Service of the Federation (HOCSF) since she has not attained that retirement age of 60 years or 35 years duration in the federal civil service, corruption stigma and enforcement became the most feasible means to compel Oyo-Ita’s exit from service.

It was also alleged that Taminu further deployed his legal machine to secure bail for Atiku’s brother-in-law who was arrested and detained by the Economic and Financial Crimes Commission (EFCC) on charges of money laundering charges. Winifred Oyo-Ita was said to be Permanent Secretary to Turaki when he was minister.

Some stakeholders were of the view that “in the move for Turaki, the Chief of Staff, Abba Kyari, saw a welcome opportunity to snare Winifred. This they have successfully done.”
the stakeholders further remarked: “As always the EFCC must overstate it’s case. A N3 billion fraud in a Ministry whose sum total budget was N3 billion; questioning what estacode fraud would amount to.

The Oyo-Ita episode played out why President Buhari was on working visit to Katsina State where he spent his Sallah holidays. There are indicators that the president’s absence from Abuja says nothing different from the plot to get rid of the HOCSF and possibly replace her with a northern head of service; the president is believed to maintain 24 hours unhindered information flow with Abuja wherever he is.    There is the fear that the president may be deepening northernisation of the federal government, uprooting southerners in top positions, in his second tenure.
Stakeholders also fear that Oyo-Ita’s brat with Abba Kyari at the FEC meeting has not been forgiven and the northern leaders were only waiting for the appropriate time and issue against her to strike and boot her out of office.