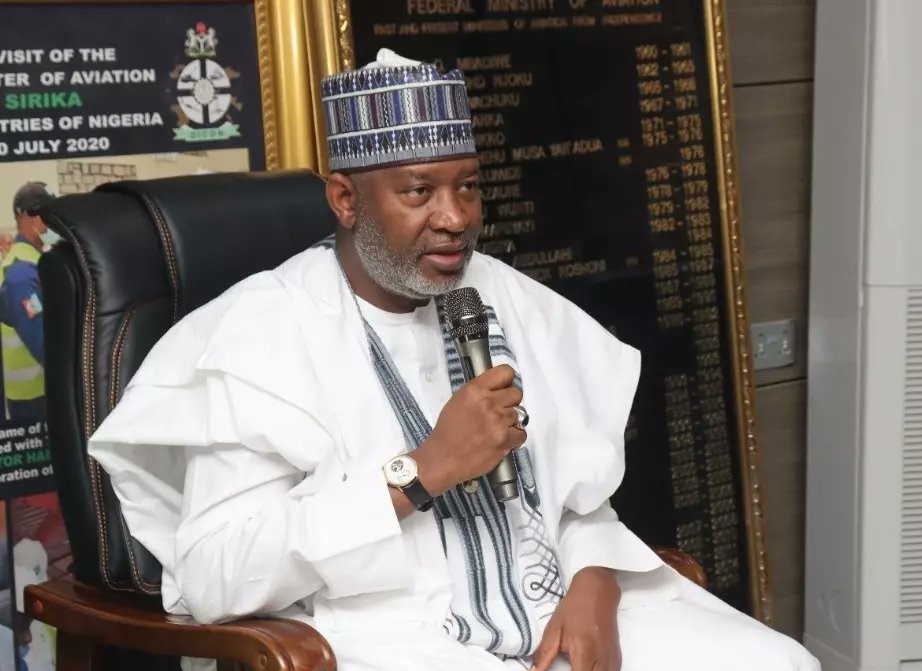 The Minister of Aviation, Sen. Hadi Sirika, has affirmed the completion of the remodeling of 12 terminal buildings at domestic airports across the nation.

Sirika made the declaration during an interview with the News Agency of Nigeria on Monday in Abuja.

According to him, the 12 terminal buildings being remodeled are at the domestic airports in Lagos, Abuja, Enugu, Jos, Kaduna, Owerri, Ilorin, Ibadan, Calabar, Akure, Maiduguri, and Yola.

He said the development was part of the Federal Government’s determination to upgrade all airports in the country to be environmentally friendly.

Sirika said the government was intensifying efforts to standardize the nation’s airports toward the safety and security of the aviation sector.

The minister said the government was also moving toward expanding its agriculture industry by developing international standard perishable cargo facilities.

He said the aim of having regional cargo terminals would aid the transportation of goods from production to export centers in a significantly shorter time and avoid wastage of these perishable products.

“Furthermore, we have successfully debunked the gospel truth that aviation doubles every 15 years.

“With the successful implementation of the roadmap projects, our overall goal is to grow the aviation sector`s contribution from the current 0.6 percent to five percent (approximately 14.166 billion dollars),“ he said.

Share this on WhatsApp
Related Topics:12 terminal buildingsaffirmsdomestic airportsFGremodeling
Up Next