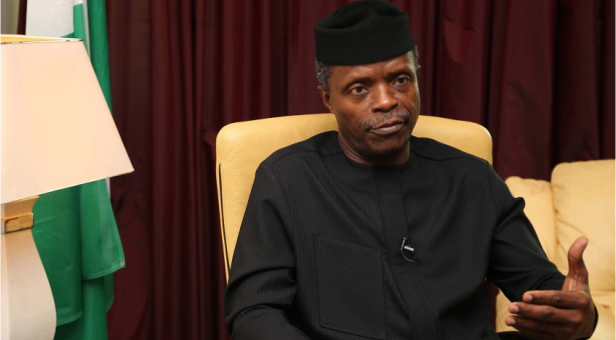 Share this on WhatsApp
Spread the love
By Chioma Obinagwam
The Buhari administration working with the Private Sector, is determined to boost the Nigerian manufacturing sector and will be engaging with international partners and friendly nations to realize that goal, according to Vice President Yemi Osinbajo, SAN.
Prof. Osinbajo was speaking earlier Tuesday at the ongoing World Economic Forum in Davos, while meeting with a delegation of the Japan External Trade Organization, JETRO, led by Mr. Hiroyuki Ishige, the organization’s Chairman and Chief Executive Officers (CEO).
“Nigeria and Japan should be doing more, far more based on the existing long relationship and trade between both countries,” the Vice President stated while noting that this would be to the mutual benefits of both countries.
He said manufacturing is one sector that Nigeria and Japan can work together and deepen their economic relations.
According to Prof. Osinbajo, “Nigeria, the largest economy in Africa will be getting involved in the manufacturing global chain and it would be private sector led, government would be backing it up.”
He cited the example of the Special Economic Zones, SEZ, which are being set up in the country, adding that the zones would have all the needed infrastructure.
“We will provide world-class infrastructure and this is a good opportunity for investors around the world to tap into, an opportunity to do some game-changing projects, to do something big,” Osinbajo said.
Earlier in his presentation at the meeting with the Vice President, on the sidelines of WEF, JETRO’S Chairman Ishige noted the rise of Japanese firms in Africa, the country’s readiness to promoting business in Nigeria and supporting Nigeria’s export promotion.
Also the Vice President participated in the WEF’s solo video message recording on the conference’s theme “Shared Future in a Fractured World”, where heads of governments, business leaders answer one question around economic development sent in from the global public. Other leaders who participated in the video earlier today included French President Mr. Emmanuel Macron and the Prime Minister of Norway Mrs. Erna Solberg.
Share this on WhatsApp 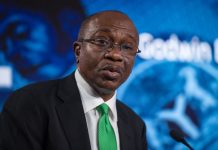 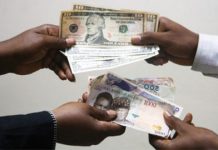