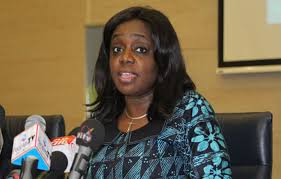 The Federal, State and Local Governments on Wednesday, March 28, 2018, shared N647.39 billion from the Federation Account.     The funds are disbursed same day to enable workers at the three levels of Government receive their salaries before the Easter holidays.

The money was the revenue collection for the month of February 2018 approved at the Federation Account Allocation Committee (FAAC) meeting on Wednesday.

Adeosun, at the end of the Committee’s meeting, said the N647.39 billion distributed to the three tiers of government was N11.836 billion higher than the N635.554 billion shared in the previous month.

Statutory revenue accounted for N557.943 billion of the total revenue distributed on Wednesday while Value Added Tax accounted for the balance of N89.447 billion.

The total revenue distribution in the previous month was made up of statutory revenue of N538.908 billion and Value Added Tax of N96.646 billion.

On the States’ dispute with the revenue paid by the Nigerian National Petroleum Corporation into the Federation Account, the Minister said the FAAC would reconcile the revenue figures with the top management of the Corporation led by the Group Managing Director, Mr. Maikanti Baru.

“The NNPC is a major channel of our mineral revenue. Some issues have been raised by the States on the revenue paid into the Federation Account by NNPC.

“These are being looked into and within the next 48 hours, we will be having a joint meeting with the NNPC Group Managing Director to address the concerns of the States. The reconciliation of the revenue figures is part of a healthy process to ensure transparency and accountability,” Adeosun said.

The Chairman of Finance Commissioners’ Forum, Mahmoud Yenusa, explained that the reconvening of the meeting had become necessary to enable States pay workers salaries before the Easter break.

“The account submitted by the NNPC is not acceptable to the States but we are willing to jointly reconcile the revenue figure with the leadership of NNPC.

“We agreed last night to reconvene the meeting for the benefits of Nigerian workers at all tiers of government, to enable them receive their salaries,” the Adamawa State Commissioner of Finance said.

Meanwhile, the Accountant General of Federation on Wednesday signed the mandates for the Central Bank of Nigeria to pay the approved revenue allocation into the accounts of the Federal, State and Local Governments.

Giving further breakdown of the revenue distribution, the Finance Minister said the Federal Government received N257.927 billion of the net statutory revenue as against the N249.366 billion received in the previous month, while the State and Local Governments’ share of the statutory revenue was N130.824 billion and N100.86 billion, respectively.

The States and Local Governments had last month got N126.482 billion and N97.512 billion, respectively.

The 13% derivation accounted for the balance of the statutory revenue of N57.356 billion.

The 36 States received Value Added Tax of N42.935 billion compared with N46.39 billion received in the previous month, while the Federal and Local Governments received VAT of N12.88 billion and N30.054 billion, respectively.

Both Federal and Local Governments had received N13.917 billion and N32.473 billion, respectively, from VAT in February 2018. 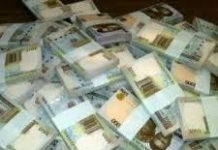