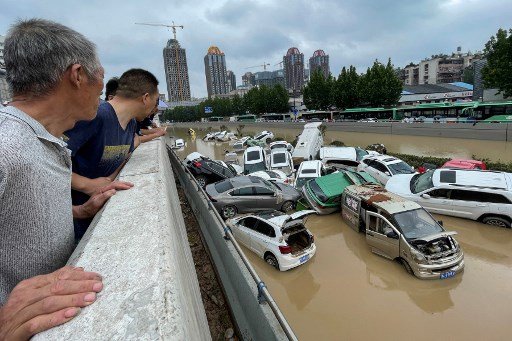 The death toll following severe flooding in China’s Henan province and its capital Zhengzhou has risen to at least 33.

At least eight people were still missing, the authorities announced on Thursday.

Since last Friday when the heavy rains began, at least 376,000 people in the province had been brought to safety from danger zones.

According to official figures, at least 25 people died in Zhengzhou alone after the heaviest rainfall in the region since weather records began.

Videos showed how some of the multi-lane roads in the metropolis of nine million people had turned into raging rivers on Tuesday.

The water masses also flooded the metro, where hundreds of people were temporarily trapped in trains and tunnels.