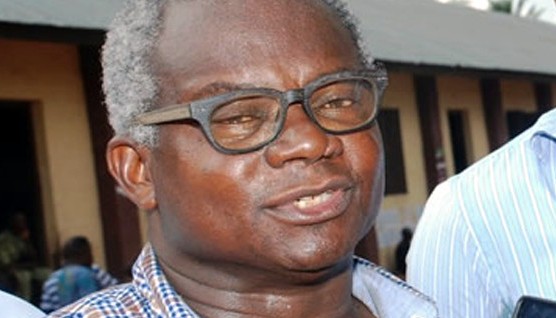 The Igbo race might just be lucky to produce President Muhammadu Buhari’s successor in 2023, so they’d better put their Biafra actualisation to sleep.

He urged the group to rein back the agitators, and support Buhari “in constructing a prosperous and progressive Nigeria”.

“The agitation for Biafra sounds as a good music, much fun and furry as if it is the only route to Eldorado. This is false as some of us who lived in the defunct Biafra enclave can narrate,” he told his audience.

According to him, the greatest indication that Biafra is impossible to actualise is the successive national conferences in the country where the five Igbo states voted against regionalism.

He urged the agitators to sample the opinion of the people, both at home and abroad, especially the itinerant travelers if their agitation was for collective benefit.

“One is sure that most Ndigbo will call for ceasefire, especially when we are aware that the zoning convention of rotation of president between North and South offers the South East the greatest opportunity of producing Nigeria president of Igbo extraction.”

Okechukwu believes the golden opportunity will end the issue of marginalization, will gazette the true republican nature of Ndigbo, and return it to the mainstream of Nigeria.

“The doubting Thomases will doubt this projection, but it is real and anchored on the truism that in the public domain is the law with its legal teeth and the convention with its moral weight, mostly unwritten,” he said.

Although the Biafra agitation has gone as far as the UN, nothing, Okechukwu said, has been done about it in the last 10 years.

“The germane question remains at what stage is our application? Is their records in the UN which suites our case? If there is none, the option is home-made democratic process,” he said.

The Movement for Actualisation of Sovereign State of Biafra (MASSOB) resuscitated the clamour about a decade ago, after the late Chukwu-Emeka Ojukwu-led agitation that plunged Nigeria into a three-year civil war.

The Indigenous People of Biafra (IPOB) joined in last year, and its arrowhead Nnamdi Kanu has since been detained.

Justice Auta, among other dismissed judges, to be prosecuted