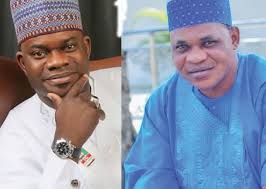 Governor Yahaya Bello of Kogi State and winner of the November 16 governorship election may be facing seeming uncertainty over his victory in the just concluded state election. This is not unconnected with the declaration of legal war by the candidate of the Peoples Democratic Party (PDP), Engr. Musa Wada, who has vowed to challenge the result at the tribunal with verifiable facts.

Wada, in a media interaction in Lokoja in Monday, described the process of the election as a declaration of war against the citizens of Kogi State. He, therefore, vowed to use every legal means to reclaim the mandate of the people of the state stolen from him by Bello and the APC.

The PDP agent in the election, Joe Agada, also insisted that the result announced by INEC is not a true reflection of the wishes of the voters.

Agada declared that the election was marred by violence, intimidation, and ballot box snatching.

The results announced by the INEC indicated that the APC candidate, Yahaya Bello, polled a total of 406,222 votes while Musa Wada of the PDP had 189,704 votes. Natasha Akpoti, candidate of the Social Democratic Party (SDP), had a total of 9,482 votes.
Professor Umar declared the winner of the governorship election the collation of results from the 21 Local Government Areas (LGAs) of the state was concluded on Monday. The final result was announced at the INEC headquarters in Lokoja, Kogi State. 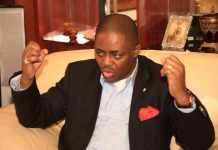