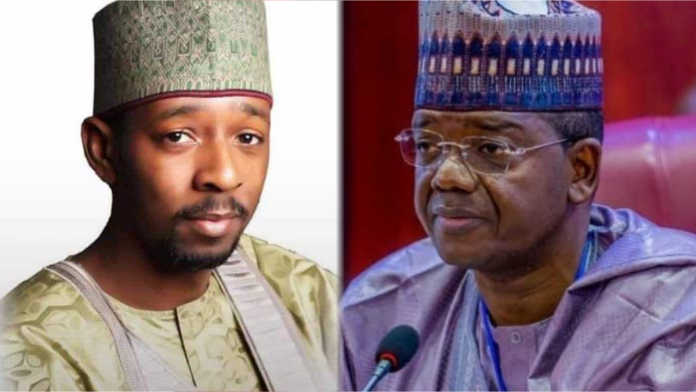 The defection war declared by Governor Bello Matawalle of Zamfara State against Deputy Governor Mahdi Aliyu Gusau has continued to hit the rock in the state’s politics. All proceedings for the impeachment of Deputy Governor Mahdi Aliyu Gusau for refusing to defect to the All Progressives Congress (APC) with Governor Matawalle from the Peoples Democratic Party (PDP) have been complicated by a judgement of a Federal High Court in the Federal Capital Territory (FCT), Abuja. The court judgement subsequently makes further actions by either the governor of Zamfara State House of Assembly illegal until the court judgment is reverted.

Accordingly, Deputy Governor Mahdi Aliyu Gusau ignored the illegal invitation by the Zamfara State House of Assembly to answer to allegations of official misconduct raised by the state lawmakers.

It was indicated that the Zamfara State House of Assembly accused the Deputy Governor of organizing a rally at a time the state was mourning 46 persons killed by armed Bandits in Maradun Local Government Area.

Deputy Governor Mahdi Aliyu Gusau was said to have been summoned by the state lawmakers to appear in person to explain reasons for organizing a political rally on his return to the state Capital a few days after the formal defection of Governor Matawalle and other top government officials to the APC.

These are the issues that the legislators conjured into official misconduct for which the House on Wednesday, July 14, 2021, invited the deputy governor to appear before it in person on Tuesday, July 27, explanation.

The House also mandated the Zamfara State Commissioner of Police, Hussaini Rabi’u, to explain why the police allowed the Deputy Governor to hold the rally.

The Deputy Governor, Barrister Mahdi Aliyu Gusau, declined to respond to the House since the invitation, because of a subsisting court order that restrained the State Assembly from any form of impeachment proceedings against the deputy governor.

The Spokesperson of the State Assembly, Mustapha Kaura, in a statement indicated that the House of Assembly has extended the invitation with 48 hours to 29th July to enable the Deputy Governor to appear before the lawmakers.

The Zamfara lawmakers are undermining the court order by insisting on the summon of the deputy governor to appear before the House, an action that may precipitate upheaval and acts of lawlessness in the state.