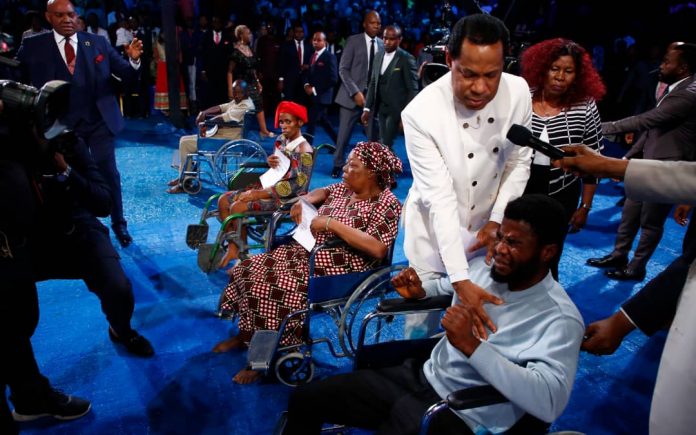 The Healing Ministry of Pastor Chris Oyakhilome this year launched a special healing service aimed at reaching both the reached and unreached using the powers of technology to break physical and regulatory barriers across 200 countries of the world. As the global pandemic took its toll on the world, restricting movements and people to people contacts, the Loveworld nation was relentless in efforts aimed at ensuring that a hurting and sick world received healing.

To this end, the Healing Streams Live Healing Services with Pastor Chris was birthed with the first edition in March, and the second edition that took place in July 2021 made such an impact that it is still reverberating across the globe. It is an event that took the world by storm. The three day destiny resetting healing session from the 9th to 11th of July 2021 was watched by billions of people across the world via multiple outlets such as the Healing Streams TV website, the Healing School mobile app, and Loveworld Networks in over 4,000 languages, hitting a whooping audience of more than 5.5 billion people. 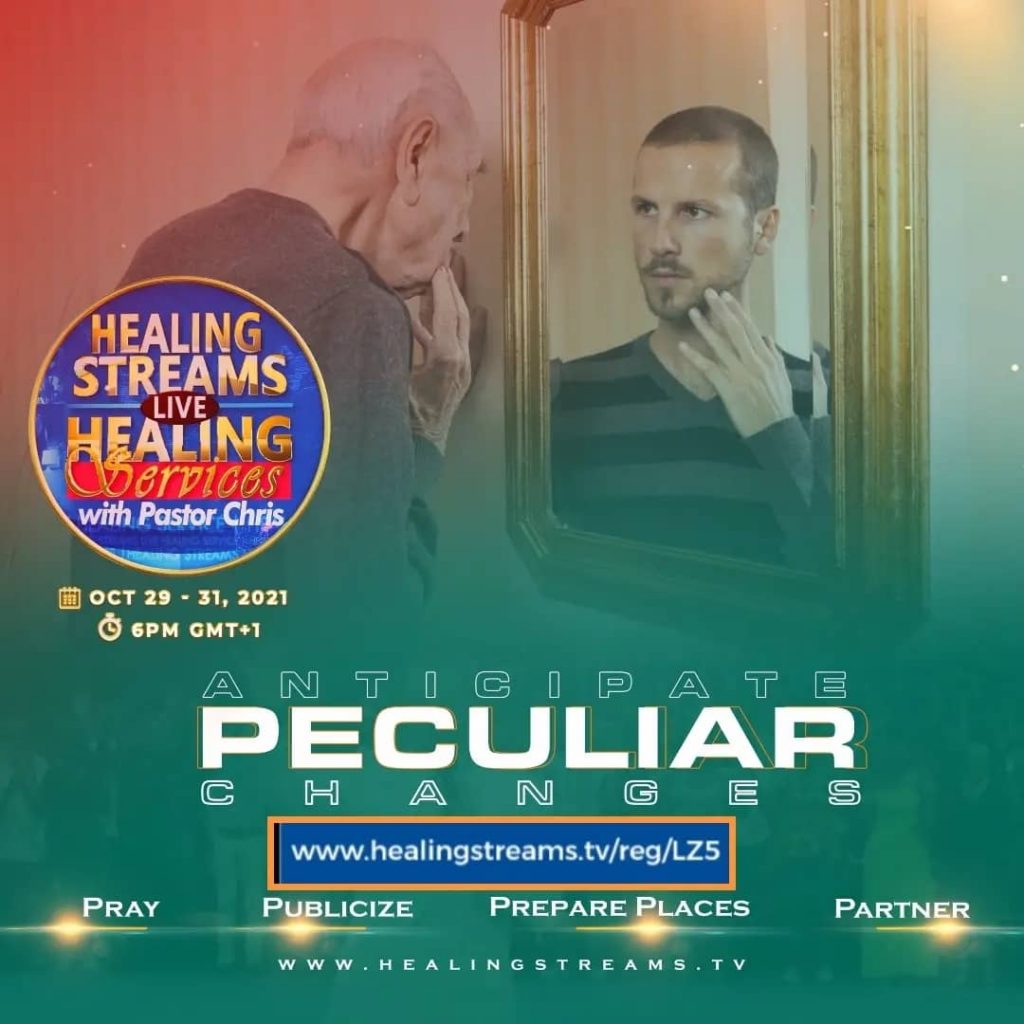 The programme was heralded by the deployment of millions of viewing centres that were tagged ‘Healing Centres’ across the world with full participation of individuals, church groups, and organizations, spreading the word and broadcasting the event.

The highly anticipated event was declared open by the Director of the Healing School, Pastor Deola Phillips who welcomed participants and also warmed up their anticipation to the miracles that were to follow. Reading from Ezekiel chapter 47, she drew a parallel between the water that issued from the temple in the prophecy and the streams of healing that would issue from the Healing Streams Live Healing Services to the rest of the world. 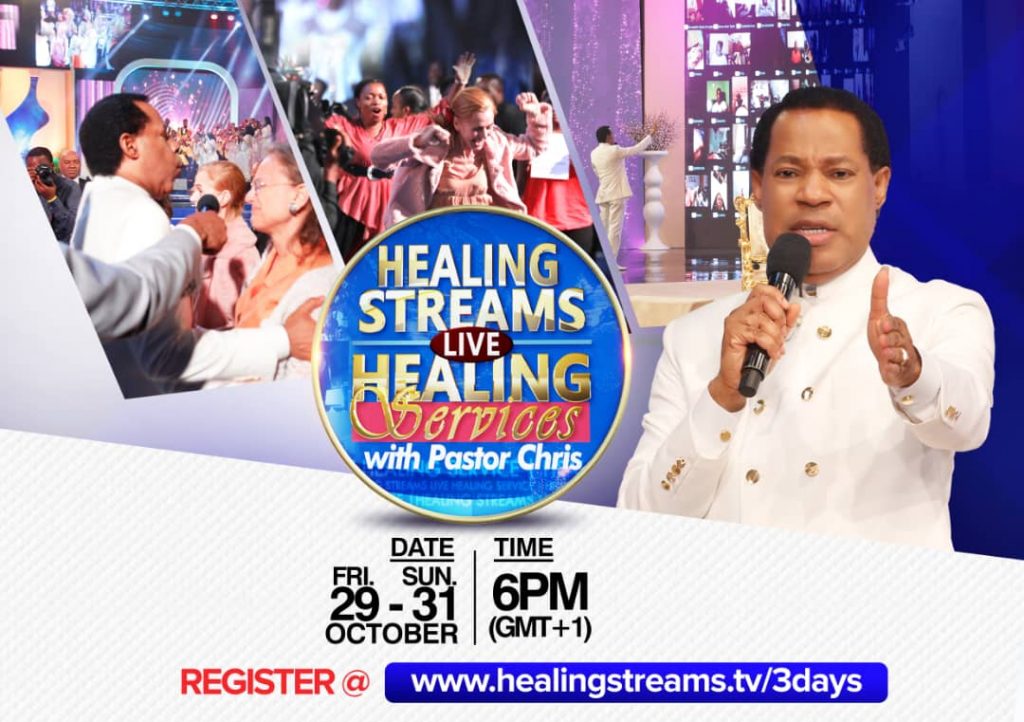 She charged everyone to come to that river, and to bring everyone they know with them: “As the Word comes to you, rejoice; thank the Lord and take your steps of faith. We are so excited to be with you because we know that we have come to you with the fullness of the blessings of the Gospel and everyone that partakes of it will not leave the same.”

In a series of uplifting talk shows aimed at wetting the appetite of participants, Pastor Deola and other senior ministers such as Rev. Tom Amenkhienan and Rev. Ray Okocha – reviewed the impact of the Healing Streams Live Healing Services. Sharing testimonies, and guiding the audience on how to activate their faith and receive their miracles.

Intimating that this program was a fulfillment of the Lord’s prophecy in John 14:12, Rev. Tom declared that the staggering statistics recorded from previous healing services would be outclassed by the results from this edition. Talking to those expecting miracles, he said, “If you have received a sign that your healing has started, praise and thank God. The power of God has started moving and as you praise, it will take over your body.”

Admonishing the audience on the need to remain focused and not be distracted, Rev. Ray said, “Don’t listen to the pain. Don’t listen to the condition or what you’ve been told about it. With God, nothing is impossible. Right where you are, the power of God is present.”

Wetting their appetite before the real stuff, Evang. (Dr.) Eddy Owase anchored a special segment of testimonials from people whose expectations have not been cut short in earlier programmes featuring massive encounters with the healing power of God.

Participating in the Live Healing Services from Brunei, Evangelist Erlinda had great expectations for a touch from God. She had had lumps in her breast for two years. She attests: “When the man of God said to place hands where we needed healing, I put my hands on my breast. Then, suddenly, the mass was gone! From that time until now, I haven’t felt any pain.”

Tovia suffered from a skin disease that irritated her skin and caused severe itching, which resulted in wounds when she scratched. The condition defied treatment and her parents’ efforts to find a solution proved null and void. During the Healing Streams Live Healing Services with Pastor Chris in March, Tovia received her healing when the man of God declared healing for children all over the world. Today, Tovia’s skin is perfect. No more itching, scarring, or bruising!

The hearts of billions in the global congregation went up in praise to God during moments of marvelous music ministrations. All lifted holy hands and sang praises in joy and thanksgiving. The songs ministered power and life, such that some people began to receive healing and were freed from different kinds of diseases and infirmities.

In the ambiance of worship and exaltation, the man of God, Pastor Chris Oyakhilome, commenced ministrations of the word, teaching deep truths from the Scriptures about the new creation in Christ.

“When you’re born again, Jesus guarantees you something far better than healing. Healing is for the whole world. But when you’re in Christ Jesus, what He gives you is divine health,” Pastor Chris explained.

Referencing Acts 10:38, the man of God expounded: “God loves to heal. He never made men sick; it’s the devil who did that. In this meeting, God is right there where you are. It doesn’t matter where you are participating from, He is there with you.”

The man of God ministered healing to the sick with compassion and firm determination. First, he attended to a few who were present in the auditorium. Next, he ministered to some who were participating at home, in hospitals, and other places via video conference.

Then, he instructed the audience to place their hands wherever they needed healing as he prayed, declaring all infirmities healed and every disease gone, casting out demons of affliction, and pronouncing wholeness to all.

Instantaneous miracles restored peace and joy to many, giving cause for much celebration and rejoicing in families and communities across thousands of cities in every nation across the globe. Exhilarating shouts of joy and victory celebrations earmarked every place where people were participating in the program.

There was a flood of miracles everywhere. Deaf ears were unstopped, the lame walked, blind eyes popped open, skin conditions cleared, cancers and growths disappeared, and all manner of infirmities were dispelled in an instant.

Miracles Everywhere
Diagnosed with systemic lupus erythematosus, Greatness Aminu suffered debilitating pain for years. She received a miracle when the man of God ministered to her during the healing services. She is healed and free.

The Deaf Hear
For 17 years, being deaf robbed Elisiva Falekaono (left) of a normal life. Watching the program from Tonga with her mother (right), she touched her ears in faith as Pastor Chris prayed and she received her miracle. Her hearing is sound now, and she has started talking again. Hallelujah!

The Lame Walk
Ono Ifeobu from Germany fractured his femur in an accident. For six months, he endured extreme pain as attempts to alleviate the situation caused further complications. As soon as Pastor Chris declared him healed, Ono jumped to his feet and started rejoicing.“No more pain, whatsoever!” he says.

The Blind See
Baby Janel suffered from blindness since she was two months old but, right after the Live Healing Services with Pastor Chris, she started recognizing people. She can see perfectly now. “Thank you, Pastor Chris, for bringing joy to my home,” the mother says. Glory to God!

Skin Conditions Cleared
Pastor Innocent testifies: “This 3-year-old boy had wounds on his body that didn’t heal despite several medications. During the healing services, the boy went to sleep and, because their internet connection was bad, I texted Pastor’s instructions to lay hands on children to his mother. He woke up the next morning and the wounds had dried up!”

Cancers Dematerialized
Pancreatic cancer put 42-year-old Edward from El Salvador in an awful state and the symptoms took a toll on his body. As the man of God ministered, strength came to him and he got out of bed without any help. This was the first after a very long time. He enjoys divine health and can do anything now.

The Dead Are Raised
Isaiah Joshua experienced Christ’s resurrection power. He’d come in sick to a healing center for the program but then, he collapsed and stopped breathing. A medical examination confirmed him dead. Isaiah is alive today and tells his story: “While I was out of my body, I saw Pastor Chris and he told me to go back. I will serve God for the rest of my life!”

Testimonies of miraculous healing and transformed situations poured in from everywhere. The senior ministers called out each report with glee and excitement.

“I am healed! Since a motorbike accident in 2010, I’ve suffered severe pain due to a bone fracture. Anytime I attempted to wear boots or shoes, my ankle would get swollen. After Pastor’s ministration, no more ankle pain!”says Prince from Australia.

“I was HIV positive for years. I was healed on the first day of the Live Healing Services. I bought self-test kits the following day. The first test was negative. I repeated it and the second test was still negative. Thank You, Jesus!”Ethelda from Bosnia & Herzegovina testifies.

Each day, Pastor Chris made a call for salvation, and many all over the world proclaimed Jesus Lord of their lives. On the last day, he also prayed for those who wanted to be filled with the Holy Spirit. “While Pastor Chris was praying, I got filled with the Spirit, I felt some electricity, I was shaking, and then I felt light,” says Mabel from the United States.

The man of God blessed the global congregation with continuous increase and renewed strength, and thereafter ended the program.

What a wonderful time of change and transformation. The world continues to marvel at the mighty works the Lord has done and is still doing. Truly, the July 2021 Healing Streams Live Healing Services is the greatest crusade the world has ever seen.