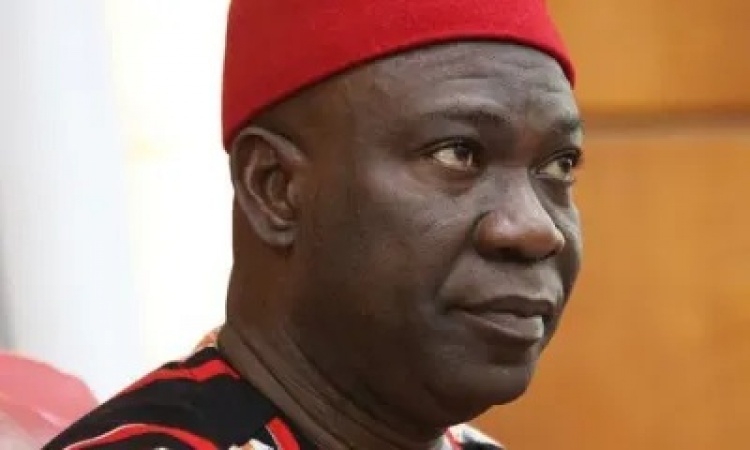 A Federal High Court in Abuja has ordered the Nigeria Immigration Service and others to release the official details of David Nwamini to former Deputy Senate President, Ike Ekweremadu, Channels reports.

Recall that Ekweremadu and his wife, Beatrice, were arrested last week by the London Metropolitan Police for allegedly conspiring to bring a child to the UK for organ harvesting.

The couple was tried at the Uxbridge Magistrates’ Court in London and denied bail as the prosecutors claimed that David Ukpo Nwamini, the victim who alleged that he was coerced to donate his kidney to the Senator’s daughter, is said to be 15 years old.

However, there have been contrary claims that Ukpo is 21 years old.

Although the Met police said Nwamini was 15, the NIS said it issued an international passport indicating his age as 21 after due process.

Ekweremadu and his wife through their counsel and a Senior Advocate of Nigeria (SAN), Adegboyega Awomolo, on June 27 sued NIMC and four others asking the courts to order the agencies to produce Ukpo’s documents which confirm him as not being a minor.