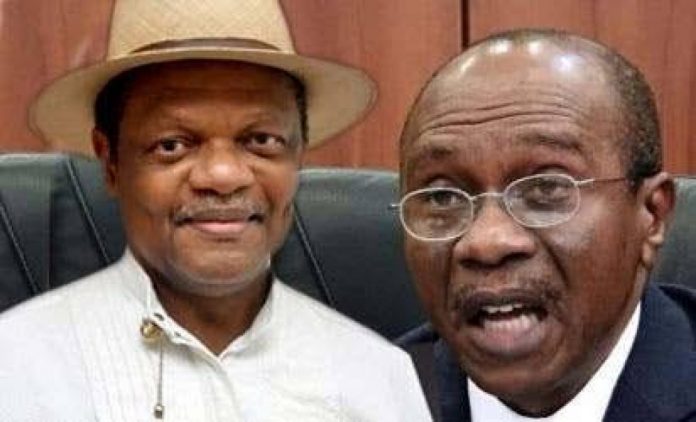 The founder of Stanbic IBTC, Atedo Peterside, says President Muhamadu Buhari is creating financial burden for businesses in Nigeria with his economic policies

Using Cadbury (which he headed in 2019) as an example of a corporate body that suffered from Buhari’s policy, he said a sudden land border closure in 2019 came at a horrendous loss, as transportation of its goods from Ghana to Nigeria switched to port, which negatively impacted its business expenses.

“I was the chairman of Cadbury, we were importing hot chocolate from Ghana. The factory there is big enough to supply the whole of West Africa.

“When Nigeria closed the border, if you compare the cost of putting hot chocolate on the truck in Accra driving straight to Ikeja through the borders versus taking that same product to Tema onto a ship, incur demurrage, wait, take it to Apapa, queue up to clear the goods, all the congestion, by the time they get to the factory gates in Ikeja, your cost are horrendous, hee told Arise TV on Tuesday.

President Buhari had said the closure was meant to send a warning to neighbouring countries not taking border security seriously, however, the decision backfired on Nigerians.

Peterside said Twitter had managed to level the playing field for small scale enterprises in the business environment, helping them gain exposure and increase sales, but President Buhari eroded this by trying to stop Jack Dorsey’s social networking platform from operating in Nigeria.

The investor said corporations could afford to take their products for marketing at traditional media like broadcast and print, but SMEs were not financially buoyant to do the same, hence, the policy knocked out their sales volume.

“The second one, the Twitter ban. Do you know how many small and medium scale enterprises that use Twitter as a medium for free advertising?

“They don’t have the money to advertise their products on Arise TV or This Day Newspaper, but they could put out their products on Twitter. So the Federal Government comes, destroys their free advert medium, thereby, hampering their sales.

“A multinational can use other channels to advertise, the small scale channel needed that free channel. So I’m just giving examples as to how the government can destroy it.” Peterside said.