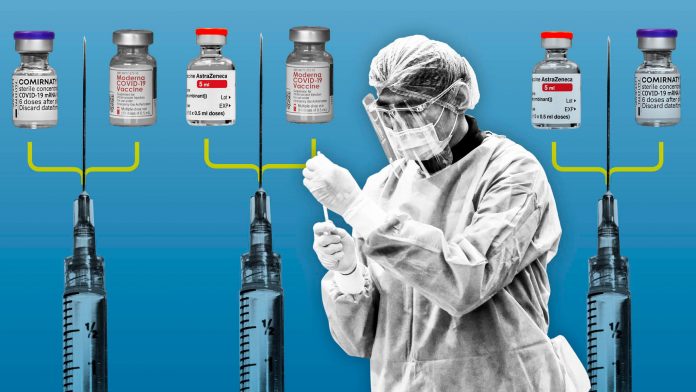 In a July 16 White House press briefing, CDC director Dr. Rochelle Walensky claimed “over 97% of people who are entering the hospital right now are unvaccinated.

But as reported by Fox News anchor Laura Ingraham on “The Ingraham Angle,” “that statistic is grossly misleading,” and in an Aug. 5 video statement, Walensky inadvertently revealed how that 95% to 99% statistic was created.

As it turns out, to achieve those statistics, the CDC included hospitalization and mortality data from January through June 2021. It does not include more recent data or data related to the Delta variant, which is now the most prevalent strain in circulation.

By using statistics from a time period when the U.S. as a whole was largely unvaccinated, the CDC is now claiming we’re in a “pandemic of the unvaccinated,” in an effort to demonize those who still have not agreed to receive this experimental gene modification injection.

Here’s what Canadian viral immunologist and vaccine researcher Dr. Byram Bridle told Ingraham about the claim that we’re in a pandemic of the unvaxxed, and that the unvaccinated are hotbeds for dangerous variants:

“Absolutely, it’s untrue to be calling this a pandemic of the unvaccinated. And it’s certainly untrue … that the unvaccinated are somehow driving the emergence of the novel variants. This goes against every scientific principle that we understand.

“People who are vaccinated still get infected, it only seems particularly good at blunting the disease, and what that tells you therefore is that these vaccines in the vast majority of people are applying a nonlethal pressure, narrowly focused on one protein, and the vaccine rollout is occurring over a long period of time. That’s the recipe for driving variants.”

Bridle also explains why natural immunity offers robust protection against all variants, whereas vaccine-induced immunity can’t. When you acquire the infection naturally, your body develops antibodies against ALL of the viral proteins whereas the COVID shots only trigger antibodies against one, namely the spike protein.

According to Dr. Anthony Fauci, the Delta variant is both more transmissible and more dangerous than the original virus and previous variants. July 4, 2021, he told NBC News:

In a June 29 interview, Fauci called the Delta variant “a game-changer” for unvaccinated people, warning it will devastate the unvaccinated population while vaccinated individuals are protected against it.