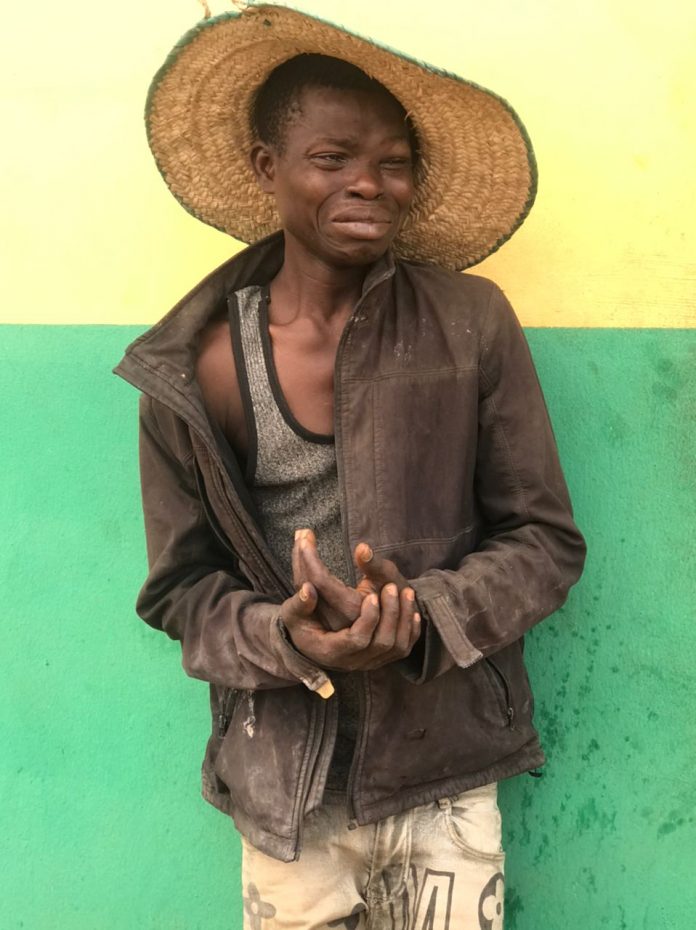 Biodun Rasheed, on a normal day, was a Yoruba man, at Ajebo in Ogun.

But when he meant business, he was a Fulani herdsman, at least in the way he ragged up.

So he and his men went for their criminal venture Nov. 24.

Following a distress call received by policemen attached to Kemta divisional headquarters at about 3:30 am that robbers were operating at mile 6 along Ajebo road Abeokuta, DPO Kemta division, CSP Opebiyi Sunday, quickly mobilized his patrol team.

The community’s So Safe Corps and the Vigilante Group of Nigeria joined them, and moved to the scene.

On sighting the security men, the robbers took to their heels.

Biodun was, however, unlucky. The security men gained on him during the chase, probably unable to move fast because of his costume—jumpy, tattered, capped with a flat raffia hat.

He was arrested on the spot while others escaped.

‘He is currently helping the police in their efforts to apprehend the remaining members of the gang,” said Abimbola Oyeyemi, the Ogunun Command PRO.

He said CP Lanre Bankole has ordered the immediate transfer of the suspect to state criminal investigation and intelligence department for discreet investigation.