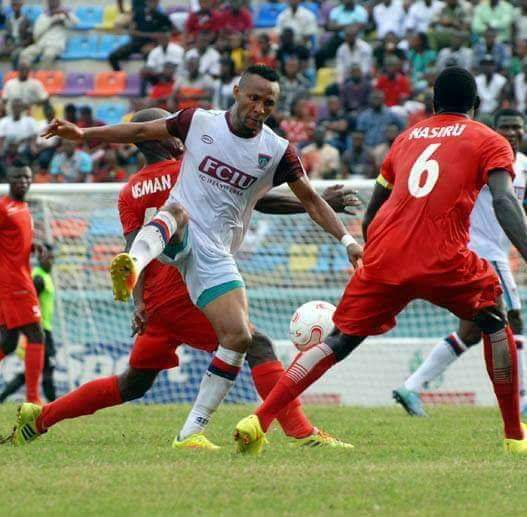 Kano Pillars of Kano newly signed player, former captain of Ifeanyi Ubah FC, Chijoke Alaekwe aka (English Attacker), told National Daily that he is ready to face the fresh challenges ahead and enjoy playing for my new team.

Alaekwe told our Reporter that he is set and ready to face the challenges ahead of him as he finally sealed the deal to star for Kano Pillars football club.

The goal poacher who joined Pillars from Ifeanyi Ubah football club of Nnewi, where he was instrumental to his former team qualification for the Super six playoffs also captained the team.

“I have paid my dues with Ifeanyi Ubah Football Club and I need to forge ahead to continue my career. Also, I must commend the management, players and fans for their immense love and care during my stint with the club. I will always remain grateful; it was a great moment with the team,” Alaekwe said.

Alaekwe, who is fondly called English attacker, is optimistic of a better season with his new club, Kano Pillars.

“I joined Kano Pillars football club of Kano because I need to achieve a lot in my playing career as a player and the club have a tradition of chasing for honours in the NPFL. Also, with the quality players in the team, I believe together we will achieve a tangible result by the end of the season”.