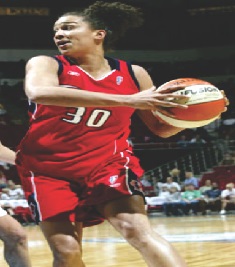 Mfon Sunday Udoka is a Nigerian American former professional basketball player and the former Assistant Coach of the Nigeria women’s national basketball team the Lady Tigers who spoke with our reporter Esther Egbe about her experience as player,coach and other endeavour. Excerpts