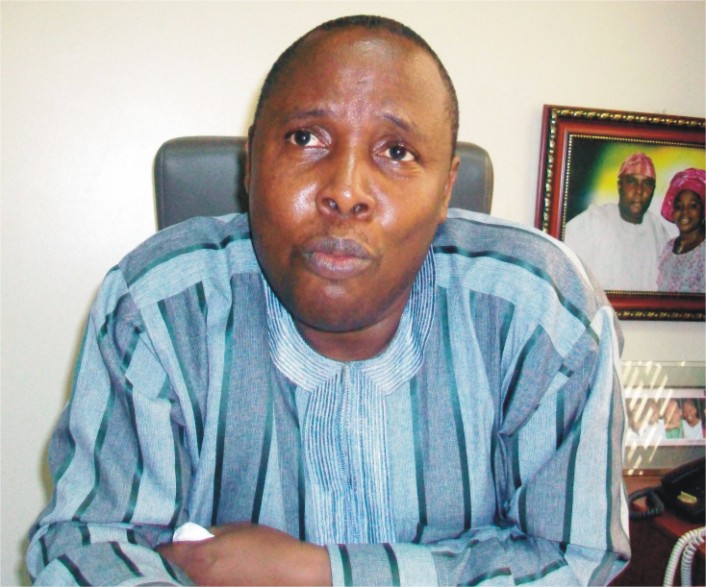 Protest by students of institution of higher learning is not new in the country but the recent ones staged by students of University of Lagos, University of Port Harcourt and Benue State University, among others, serve to point in the direction of failure in addressing some significant issues affecting the tertiary institutions. LANRE  ADESANYA engaged the Lagos State House of Assembly Education Committee Chairman,  Lanre  Ogunyemi, on the challenges and the efforts by governments in resolving them. Excerpts:

THE recent protests by students of University of Lagos, Benue State University, and University of Port Harcourt are reminders of the challenges confronting the nation’s institution of higher learning. How do you think the problem can permanently been nipped in the bud?
Violence in protest and the aftermath and effect of violence can be very unpredictable and it can result or amounts to lose of lives, destruction of property and we have seen such happen in most of our institutions, where students of higher institution choose to engage violence as a means of settling an end. I do not think is the best way and I never encouraged it. Having being a student of tertiary institution myself and a student leader as well. I know that violence in whatever form is not the best way to soughting out issues. Let me also say that there are ways and means available in resolving issues, in most of the institutions, we have will always have the student Representative Council or Students Union Government, subset representatives of the entire student body and the essence of having them is for them to be able to agitate and channel their grievances with respect to students welfare and other developments that affects the generality of the student body to the management or the authorities of whatever institutions they exist. We also have on the part of the institutions what we call Registrars, specifically in charge of students affairs and I think that that is also an avenue for them to channel their grievances. Let me also say that on the part of management of our Federal Institutions we must expect swift and spontaneous reaction and solution to problems of students, management must not allow issues to snowball into protest, agitations that will lead to the destruction of the schools properly think the way to go is for the institutions to ensure they strengthen their engagement and communication process with these children and their cannot be any draconian approach to it, because the management in the first place are there because the students are there, as much as we are not saying that are there much as we are not saying that the students should take over the management of those institution, you are also saying that management must also come reasonably, with human face and subtle approach because these are students and young people who can in the slightest provocation go violent, if we as parents can curtail excesses of our children at home, we should also be able to manage these students regardless of whatever youthful exuberance that may exhibit along the line as students of these institutions, would always at the slightest inconvenience and provocation come together to agitate and protest, but management must be very swift in response to their plights. So that we are able to nib all of these protest in the bud.

What do you think of the ban on student unionism in University of Lagos?
Well let me say that regardless of what people might term as the excesses of the students, I personally will not advocate a situation that approach will not solve any problem but rather aggravate it, because if we only want to take that stance by the approach of Student Union Government by virtue of the fact of it has some militancy, confrontational and holding the administration of the institution to ransom and you are now trying to give an outright ban, I don’t think that will stop the agitation but rather further exacerbate it and I think the solution to it is meaningful engagement, management of tertiary institutions must not be reluctant to engage this students no matter what sacrifices and inconvenience, it would cost them, they must explore every avenues to make sure that they bring these children to round table. I’m not saying that students cannot also be impossible irreconcilable, but we must ensure they that there is a midway approach to it, which is for us to jaw jaw until we are able to resolve with these children to round table. They are also human beings not animals, as they can also be reasonable sometimes and I think that the management of these institutions need to be much, much diplomatic and also subtle in their approach to the students. I want to believe by so doing, they would in a very harmonious environment be able to solve all of these issues, agitations and restiveness on the part of our students. It would cost them nothing to do these, we are not asking them to go on their knees before the students, but that for God’s sake they are like jelly in their hands that must be carefully handled in molding them, crafting a future for them, we must make sure that we dialogue with them, while not also encouraging in discipline.

What’s your advice to the Federal Government on development as well as maintenance of infrastructure, the cause of protests most of the time?
Well, let me say that yes! Right agitations must attract listening hears of the authorities of those schools, agitations for the provision of electricity, portable water, without which there can be no good welfare and convenience for students who on the verge of writing their exams, let me say that yes! we all know the national problems confronting as a people, that of power, but I think that a school authority in the face of this national challenges and problems, should proffer alternatives to ameliorating the students problems, I really do not think that they should fold their arms and wait till the situation degenerates, let me say that these children paid fees, tuition, accommodation and it is expected that in giving them accommodation of hostels all the necessary facilities that should go with it like provision of drinkable and portable water, electricity should go together. We are yet to get there, there are institution who operates generators, beyond that some schools gone into installation of solar alternatives to environmentally friendly energy solutions and I think that schools such as Unilag that is one of the best in the nation should have scientifically looked at ways and means of ensuring adequate power supply within their campus aside from generator, that other clean sources of power such as solar and inverters, I think Unilag needs to be more proactive in resolving issues that affects these students, because like I always say it boils down to ingenuity, being able to think out of the box to make sure that we proffer viable solution to human problems.