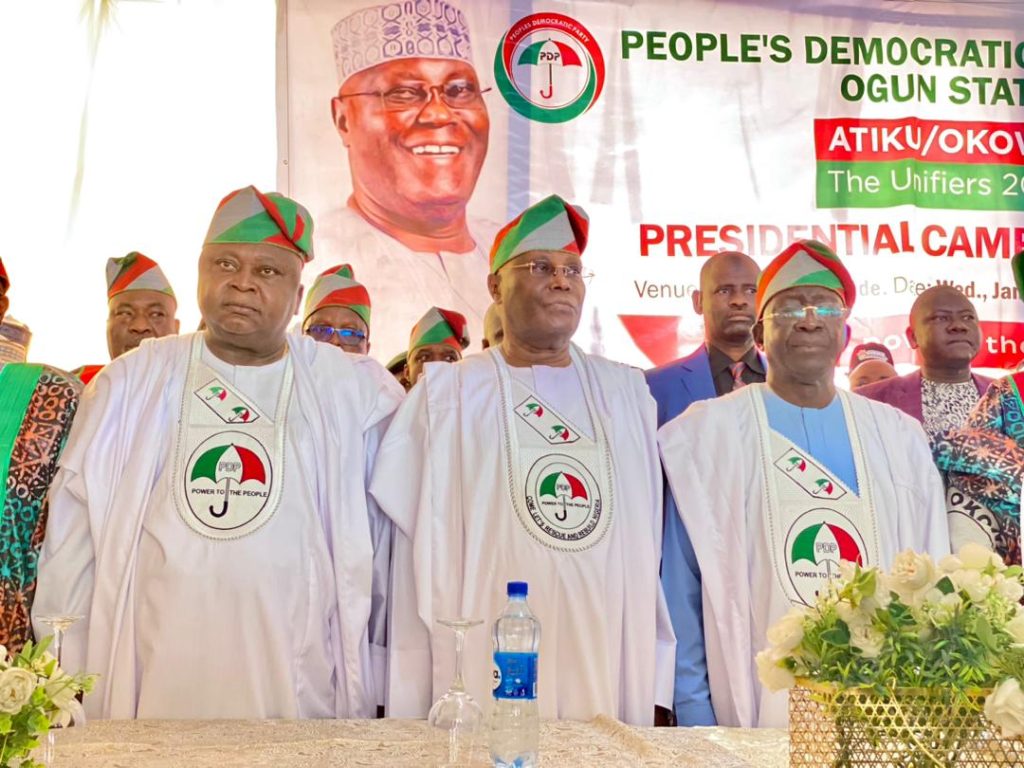 I’ll expand scope of Nigeria’s economy, if elected – Atiku
Share this on WhatsApp
Spread the love

Presidential candidate of Peoples Democratic Party (PDP), Alhaji Atiku Abubakar, says he will expand the scope of Nigeria’s economy by tackling unemployment, if voted into power.

The former vice-president made the pledge during a Presidential Stakeholders’ Engagement, held on Wednesday in Abeokuta.

According to him, unemployment and the living standard of workers will be improved and all obstacles removed to effectively develop the economy.

He stressed the need for expanding the economy, both fiscally and monetarily, adding that it had been done while he was vice-president and could still be replicated, if elected.

“If you read our Covenant with Nigerians, what we proposed is what we intend to implement by expanding the scope of the economy.

“Once we do that, we believe that unemployment will be reduced, while the living standards of Nigerians will improve.

“Those who understand economics knows that improving the economy means growing it and removing all obstacles that affect its growth,” he said.

Abubakar further stated that he would strengthen the primary healthcare sector, adding that the country would partner with the experts to ensure full access to healthcare.

He also promised to priortise education sector through increase in budgetary allocation and promote the welfare of teachers by ensuring prompt payment of their entitlements as well as training and retraining for optimum performance.

“We’ll ensure that there is no more ASUU strike in our universities. We will budget more money as far education is concerned. Once you can pay salaries, lecturers will continue lecturing and other infrastructural facilities in the sector will be improved.

The News Agency of Nigeria reports that the meeting was attended by labour unions, artisans, students’ groups, religious and market leaders, media representatives, some serving and former governors, party leaders and governorship candidates.

Share this on WhatsApp
Related Topics:Atikuelectedexpand scopeNigeria economy
Up Next