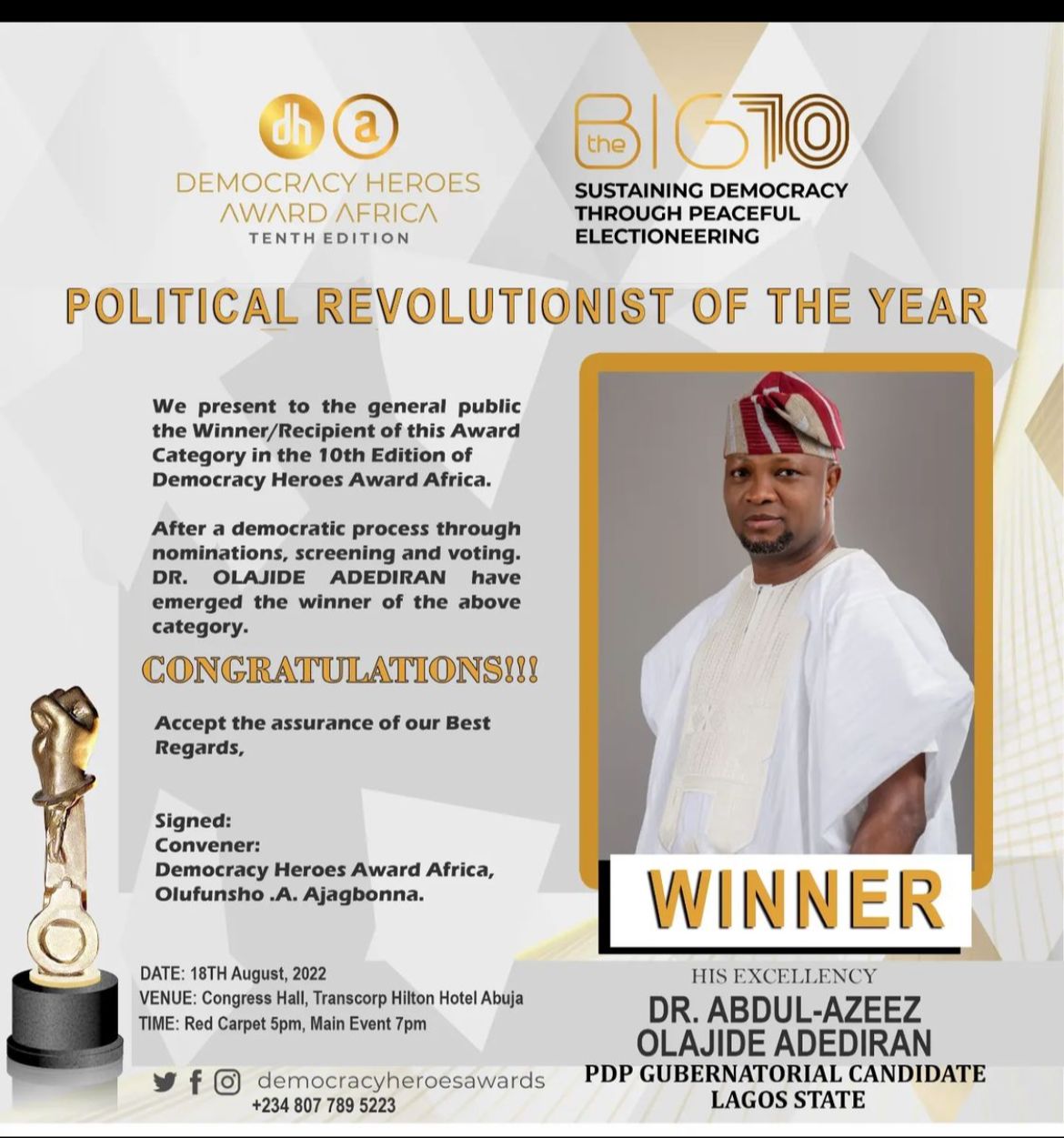 Share this on WhatsApp
Spread the love
The Lagos PDP Governorship Candidate Dr. Abdul-Azeez Olajide Adediran (JANDOR) has  emerged the Political Revolutionist of the Year, in an online award competition organized by the Democracy Heroes Award Africa.

JANDOR came top on the list as the winner of the category which was focused pon individuals who have galvanized the consciousness of the people for good governance and quality leadership, selected  from the 36 states of the federation.

In his appreciation message the PDP governorship candidate, Dr. Adediran noted that his eventual win further signals the confidence reposed in him by his supporters, who believed in the course he champions in the Lagos polity.
JANDOR appreciated his teeming supporters and well-wishers for their votes, describing it as “a reflection of the confidence of residents of the State in my vision to offer good governance and a breath of fresh air in Lagos.”
Share this on WhatsApp
Related Topics:
Up Next