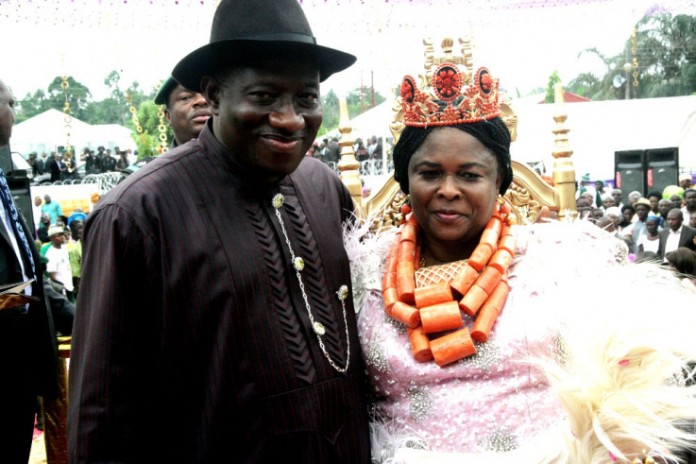 Former President Goodluck Jonathan’s Otuoke home, in Ogbia LGA, was burgled, and jewelry and other ornaments worth millions were stolen.

Those behind the break-in were his brothers- and sisters-in-law, police sources confirmed.

The four burglars been arrested by operatives of the Operation Puff Adder of the Bayelsa State Police Command.

They were arrested for breaking in, and carting away jewelries, custom-made walking stick and other valuables worth over N.3billion.

The four suspects include: two brothers former First Lady, Dame Patience Jonathan, and two ladies suspected to be members of the Jonathans.

The two brothers to the former First Lady were identified as Mowsor Princewill Oba and Boma Rasheed Oba. The other two female suspect are yet to be identified.

One of the suspects, who is a management staff of the Aridolf Resort, Hotel and Spa owned by the former first lady, had duplicated the keys to the rooms where the valuables were kept and led the forceful entry and gradual looting of the valuables.

It was also gathered that after some domestic staff to the former President discovered the robbery, he was informed and he quickly called in men of the Bayelsa Police Command to arrest them.

Patience’s only worry was why her domestic staffers would steal Jonathan’s money and walking sticks—instead of her own.