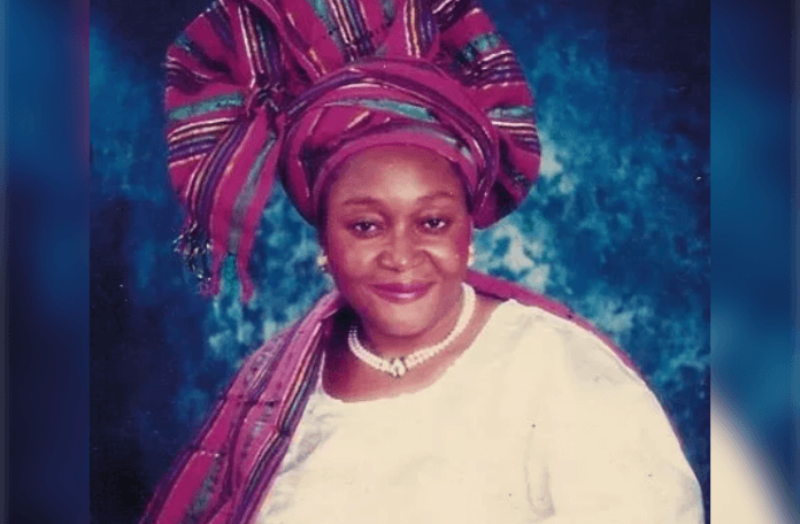 The Federal Government of Nigeria will be honouring the wife of M.K.O. Abiola, Alhaja Kudirat Abiola, who was assassinated in the struggle to reclaim the June 12, 1993, annulled mandate of her husband, the presidential candidate of the Social Democratic Party (SDP), presumed to have won the June 12 presidential election that was declared inconclusive by the government.

President Muhammadu Buhari had earlier recognized June 12 as Nigeria’s Democracy Day, while May 29 remains the inauguration date of new president and governors. The President also honoured M.K.O. Abiola with the GCFR national honounary award reserved for presidents or heads of state in Nigeria.

Taking further steps to heal the wounds of the past, the Federal Ministry of Women Affairs in collaboration with the National Centre for Women Development, Abuja, listed late Alhaja Kudirat Abiola among the 22 Nigerian women to be inducted into the Nigerian Women Hall of Fame. The list also includes late Dr. Stella Adadevoh.

The NCWD had explained that the women, who would be inducted on June 10, two days to the June 12 Democracy Day, were selected for their iconic contributions to national development.

The induction is themed, “Celebrating Nigerian Women Icons of Hope.”

Adadevoh, who died in August 2014, was a Nigerian doctor who helped to curb the spread of the Ebola virus by ensuring that a Liberian patient, Patrick Sawyer, remained quarantined despite pressures from his country.

Kudirat was assassinated on June 9, 1996, during the June 12 struggle.