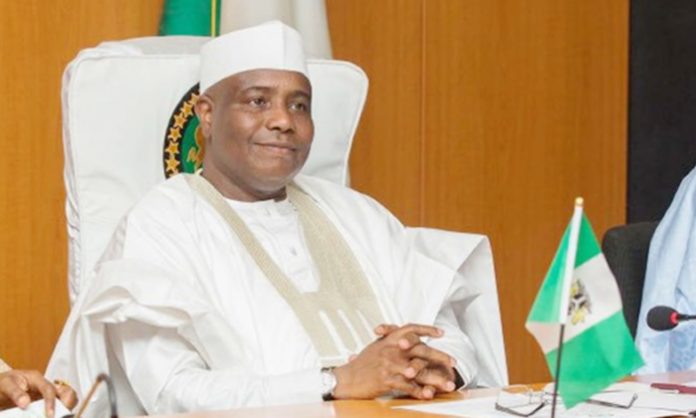 The 2019 Governorship Elections Petitions Tribunal sitting in Sokoto has ordered the 2nd and 3rd Respondents, Governor Aminu Waziri Tambuwal and the People’s Democratic Party (PDP), to present all their witnesses in Court on Wednesday, July 31, 2019.

The tribunal’s decision was reached at its sitting Tuesday and was sequel to an application for adjournment to July 31, 2019, by the Lead Counsel of Governor Aminu Waziri Tambuwal, Barrister Emmanuel Ukala, SAN.

The adjournment was sought by Ukala to enable him to continue with the presentation of his witnesses, just after presenting three weak witnesses on subpoena.

However, the 2nd and 3rd Respondents had earlier at the pre-hearing proceedings of the Tribunal told the Court that they have 42 and 33 witnesses respectively to present before the tribunal.

Penultimate week, the 1st Respondent, the Independent National Electoral Commission (INEC), had failed to present the twelve witnesses it earlier claimed to have.

The Tribunal Chairman, Justice Abdullahi Bawale, had vehemently objected to Ukala’s application for adjournment, insisting that, the 2nd Respondent must present all his witnesses to the Court Wednesday.

The Lead Counsel for the 3rd Respondent, Aare Akinmuyiwa Akinboro, SAN, could not present any witness as ordered by the Tribunal.

He said, “we were just waiting to see where the 2nd Respondent would stop, then we take from there.”

The Lead Counsel for the Petitioners, Dr Alex Izinyon , SAN, had also strongly objected to the application for an adjournment by the 2nd Respondent.

Ukala had earlier tendered some documents to the Tribunal, from the Bar and they were admitted as “Identifications -IDs,” by the Court.

Izinyon also objected to the development, saying, “we object to doing this, although we reserve our objection.”

The Court, however, ordered that photocopies of the documents be made in the Court, while the originals should be returned to INEC, for the safety of the documents, as prayed by Alhassan Umar, Counsel to the 1st Respondent, INEC.

The Resident Electoral Commissioner (REC), Alhaji Abubakar Sadeeq Musa, represented by an Administrative Officer, Bashir Ahmed Tahir, had earlier been subpoenaed by the Tribunal, where he tendered some documents before the Tribunal.

The documents include Forms EC8 A and Forms EC8 B from some polling units in Tambuwal, Goronyo, Tureta and Wurno Local Governments.

They were the original results sheets and the summary of the same polling units.