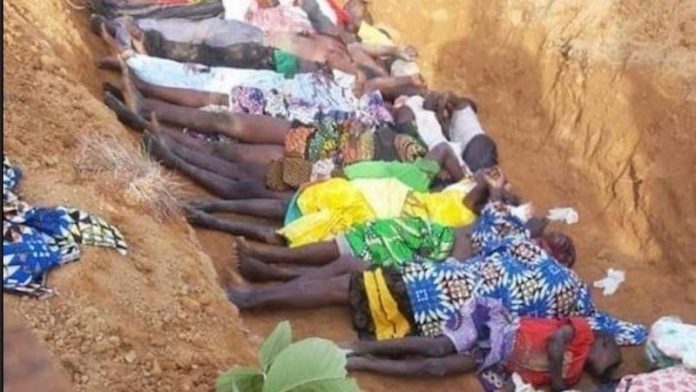 Nigerians must reinvent their collective sense of national outrage so we can know that we are actually a part of the comity of nations and same as the rest of the human race.

I am beginning this essay in the aforementioned format because it is abundantly evident that the killings of citizens by terrorists and other armed non- state actors have made millions of Nigerians to lose their sense of righteous indignation and collective outrage especially in the face of the affront to our common humanity by those who kill in small and large numbers.

Another sociological impact of the serial killings of citizens in Nigeria by terrorists is the erosion of the tested and trusted cultural value systems we once held so dear here. Those who are the conflicts entrepreneurs and are actively engaged in carrying out mass execution of innocent Nigerians are part of one community or the other in Nigeria and those who carry out these terrorist attacks in the North are from the northern communities.

Terrorists are not ghosts or spirits. The other day some Northern Women were arrested for hiring their daughters to the terror gangs in the forests for sexial gratification.  Many members of different Northern communities have been arrested but not charged after police parade of supplying logistics and foods to terrorists. A particular man in Kaduna got picked up by the police for allegedly being the one baking breads for terrorists in different forests in the North West.

There have been lots of publicly announced arrests of women supplying guns and petrol to terrorists in the North.  There are also informants who provide actionable intelligence to terrorists which are used by these agents of death to carry out mass killings of individuals in those same communities whereby these informants are born and bred. So terrorists have collaborators amongst their kits and kins.

Terrorists do not fall from outer space. These communities have sets of social, cultural and religious values and norms and these communities are peopled by amongst others the elders who are the natural leaders.