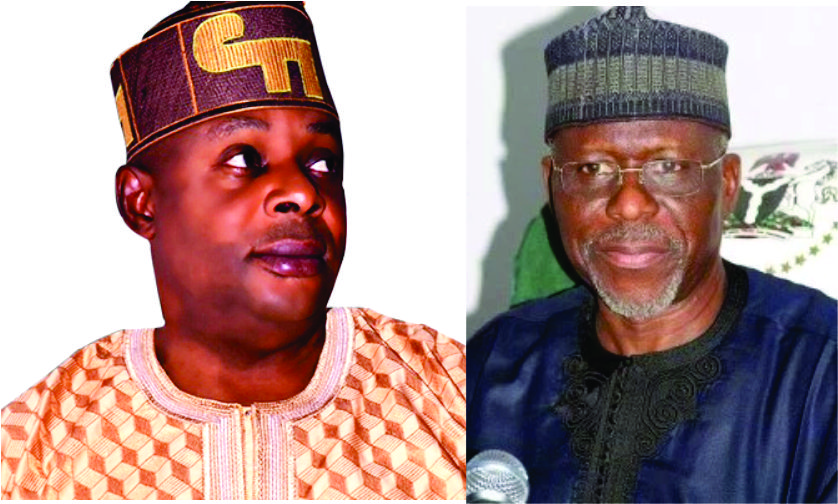 Running mate to the late Prince Abubakar Audu, Hon James Faleke has dissociated himself from the selection of Yahaya Bello as the All Progressives Congress, APC, candidate in the supplementary Kogi state gubernatorial election slated for Saturday and has actually gone to court to stop the Independent Electoral Commission, INEC, from recognising him.

This action, according to National Daily investigation, is in addition to withdrawing from the contest as the running mate to Bello who was endorsed by the party leaders in Abuja yesterday having met for several hours at the party’s national secretariat, Abuja.

The meeting, which was styled a peace meeting to reconcile all the contending parties to the impasse as to who will represent the party in the polls turned riotous as ethnic supporters of Faleke from Okun area of the state had clashed with supporters of Bello who were of the Igbira stock.

Despite the heavy presence of security men, essentially, mobile policemen, hell was let loose as no fewer than four vehicles parked in the secretariat were damaged.

By the time the meeting rose at dusk yesterday Yahaya Bello emerged the choice of the party with Faleke to retain his position as running mate.

The Independent Electoral Commission, INEC, had ordered a rerun following the inconclusive November 21 elections between the incumbent governor, Captain Idris Wada of the Peoples’ Democratic Party, PDP, and APC candidate, Prince Abubakar Audu who passed on shortly after the announcement of the results of the election which the INEC had declared inconclusive.

INEC had declared election inconclusive as the APC leading candidate, the late Prince Audu could not garner enough votes to exceed the invalidated votes in 91 polling units in the state as at the end of polls last November 21.

Following Audu’s death, the INEC had given the APC the opportunity of replacing the dead candidate in accordance with Section 33 of the 2011 Electoral Act.

Three contending candidates had emerged including the deceased’s son, Mohammed Audu, the running mate to the deceased, James Faleke and the runners up in the APC’s primaries, Yahaya Bello.

Security men at the secretariat were said to have had a tough time controlling the crowd as the supporters of Faleke and Bello clashed. The Okun people drummed support for their son, Faleke, who had last week written a letter through his lawyer, Chief Wole Olanipekun, SAN, to INEC urging the electoral body to declare him winner of the last November 21 polls. Also the Igbiras rooted for their kinsman, Yahaya Bello for him to emerge a replacement for the late Prince Audu.

Meanwhile, INEC announced last night that it had actually received from the APC the name of Yahaya Bello as the party’s candidate for the Saturday’s rerun governorship polls n the state.

In the same vein the incumbent governor, Captain Idris Wada had gone to court urging INEC to declare him winner of the inconclusive November 21 governorship election in the state. Part f his grounds for the action was that since his opponent had died and no other candidate could inherit the votes of the deceased, it was logical for INEC to have gone ahead to announce a conclusion of the election and he be declared winner.