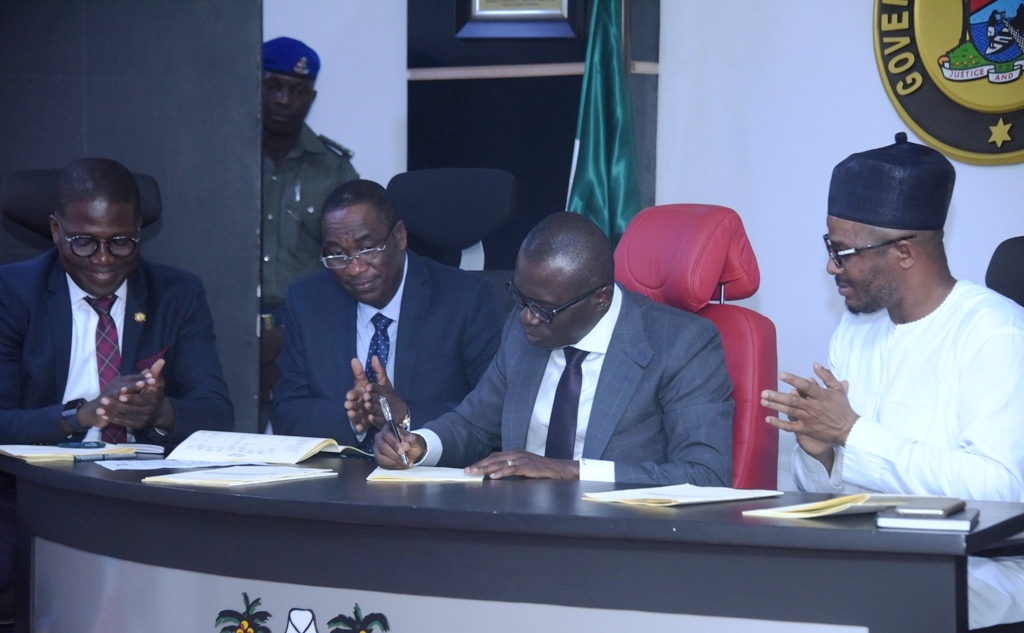 Gov. Babajide Sanwo-Olu of Lagos State has approved the creation of Tertiary Drains Squad (TDS) in the 57 Local Governments and Local Council Development Areas of the state.

Mr Joe Igbokwe, the Special Adviser to the Governor on Drainage and Water Resources, made this known at Ikeja, on Wednesday.

He said this during the second edition of stakeholders’ meeting with representatives of LG/LCDAs on Cleaning and Maintenance of Tertiary Drains in the State.

Igbokwe said that the squad would complement the Emergency Flood Abatement Gang (EFAG) already in existence at the state level, to ensure that tertiary drains properly discharge into primary and secondary drains.

He urged the council authorities to think big but start small, as with the employment of 50 drainage attendants that would be paid a minimum of N35,000 monthly.

According to him, the councils will spend less but achieve more, compared to what they presently spend to clean tertiary drains.

He said that there was no straight-jacket approach to implementing the directives of the Governor, as each council must adopt the strategy that suited it.

The Special Adviser said that the stakeholders meeting was one of the proactive measures put in place to have synergy between the state and local governments, in terms of interdependence as it affected drainage channels.

He said that it was high time that LG/LCDAs took ownership of tertiary drains,  to reduce the pressure of desilting and cleaning of the secondary and primary channels, where the state government had continued to engage human and financial resources.

”I am confident that this second forum will afford us the opportunity to agree on best practices to resolve all the issues concerning the cleaning and maintenance of tertiary drains.

”It will also resolve which drains that run across our tenements, and how local councils should be at the forefront of monitoring and compelling residents to clean the tertiary drains across the State,” Igbokwe said.

He pointed out that the meeting was designed to sensitise Local Governments, its administrators as well as other relevant stakeholders to map out a new course on cleaning tertiary drains and proffer solutions to foreseeable challenges.

Igbokwe said this was why the state government invited the major stakeholders at the local councils to evolve strategic methods to improve the environment and ensure a flood-free society.

He listed such stakeholders as the Council Engineers, Heads of the Environment and Council Managers, among others.

The Special Adviser commended the efforts of the EFAGs created by the state government and deployed to undertake quick fix to free manholes or clogged up tertiary drains across the state.

The Permanent Secretary, Office of Drainage Services and Water Resources, Mr Lekan Shodeinde, said the time had come for Local Government Councils to take up their constitutional roles of tertiary drainage maintenance across the state.

Shodeinde said that all hands must be on deck, as the present administration was determined to ensure a flood-free Lagos, in line with the T.H.E.M.E.S Agenda.

He said that there should be no excuse of inhibitions from political leaders in the discharge of their duties, as far as such projects and intentions were well laid out.

Shodeinde said that the State Drainage Engineers and Coordinators were available in all the 57 LGs and LCDAs, to complement the efforts of Local Government Councils with the maintenance and cleaning of tertiary drains at all times.

The Permanent Secretary also appealed to residents to always report cases of drainage blockage, indiscriminate dumping of waste into canals and other unauthorised places to the government, through the CITIMONITOR APP available on Google Play and App Store.

Contributing, the President, Heads of Sanitation in Local Governments, Dr. Samuel Akingbehin, said that such meetings would in future involve the Physical Planning authorities, due to the many infractions by people across the state.

Share this on WhatsApp
Related Topics:57 LG/LCDAsLagos GovtTertiary Drainage Squad
Up Next

LASG to divert traffic at Marina for Shonekan’s burial