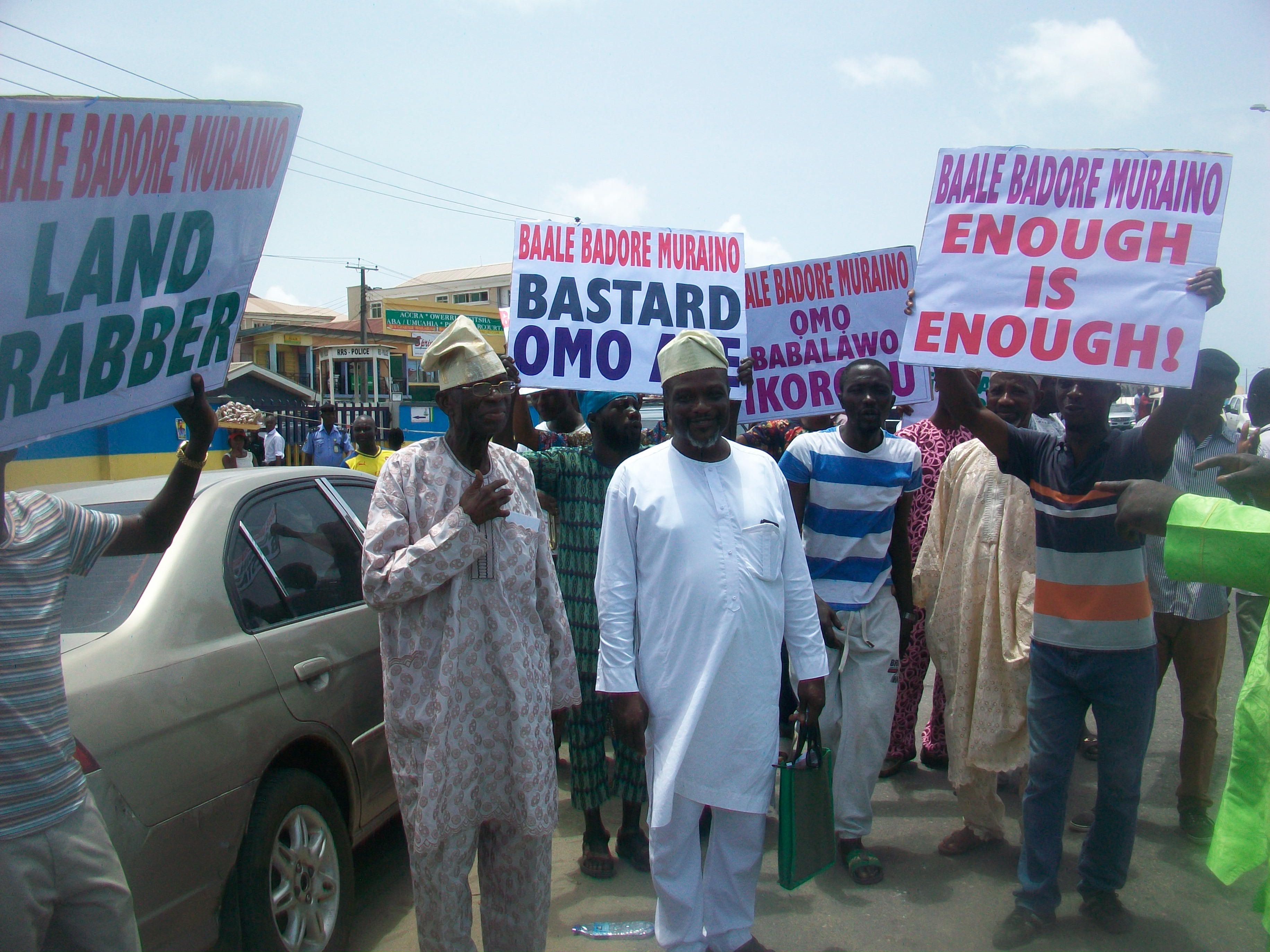 The Jikogi royal family, first settlers in Badore Eti-Osa community today staged a protest in expression of their distaste for the criminal conduct of their Baale Mr.Muraino Saliu, who they alleged fraudulently sold their landed properties for 10 years without giving any account to the family.

Alhaji Olabode Abdullahi, head of Jimoh Jikoji family stated his regrets having been the one who nominated and supported Muraino’s emergence as Baale, noting that since then his fraudulent act knows no bounds.The family head and other members threatened that they would depose the Baale, if he remains recalcitrant and refused to give proper accounts of all family’s land he fraudulent sold.

“He has been selling our family lands without giving any account of lands sold, we have been trying to persuade him because we don’t want him to tarnish our family’s name in Lagos state,but he is not trustworthy.

“Many of our family members are suffering because he is depriving them of their own share and benefit they legitimately are entitled to.He also threaten them, having made so many attempts to lock some members of the Jikogi family in the police cell for him to get away with his atrocities.

“He having refused to honour our call,we done with him and we don’t want him anymore,he is trying to give our lands to people who are not part of the family,that informs why we are here today,we brought him to the police station to make ask him about the issue.Otherwise we would ask the highest authority of Eti-Osa chieftaincy council and the Oba Akiolu to remove him,we don’t anymore as Baale,we rejected him”.He asserts. 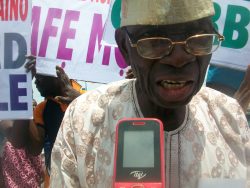 His son Mr. Sola Yussuf Abdulahi also added that they brought the case to the police station having seen it as a criminal act,”He claims it is Ilu committee lands,this is unprecedented in the sense that all the Baale’s there before him never tried that.

Reacting to the development,the said Baale Muraino Saliu refuted all the claims of the other flank of the Jikogi family,stating that none of the ones protesting have residence in Badore Community but are merely out to disrupt the peaceful ambience prevailing in the community.

According to Muraino,the community has the right to install a Baale not the family,so their claim is faulty,Ilu Badore community made me Baale, as the family can’t singlehandedly do it.

“Contrary to their spurious claims,our authentic family head’s name is Rauf Olatunde Jikogi,the Abdullahi group are not resident here,they merely come around for benefits to be shared as the main Jikogi family lands have been shared between the three lineages of Jimoh Jikogi the first settler in Badore. 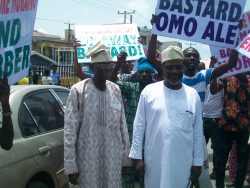 “The problem started five years when Rasak Jikogi came back from abroad,other lands referred to by the protesters are community lands owned by Badore committee in council (Ilu committee), Rasak sold 21 plots of this particular land for SUV Jeep and two cars, he sold the family lands for 30million naira,without family consent,he scattered the land.

“I was at the Ajuwe Police station the other day they asked us to come I got there early while Rasak got there 5.30pm,but on this particular day you are referring to, I was advised not to come because Rasak has planned to maim me and frame up charges against me he even have thugs ready to reck havoc, knowing fully well that the Area Commander is his affiliate,Rasak is disturbing me because my health status has not been fine prior now, I have partial paralysis”.

Share this on WhatsApp
Related Topics:AjahBadoreBadore Eti-Osa communityLand matters
Up Next