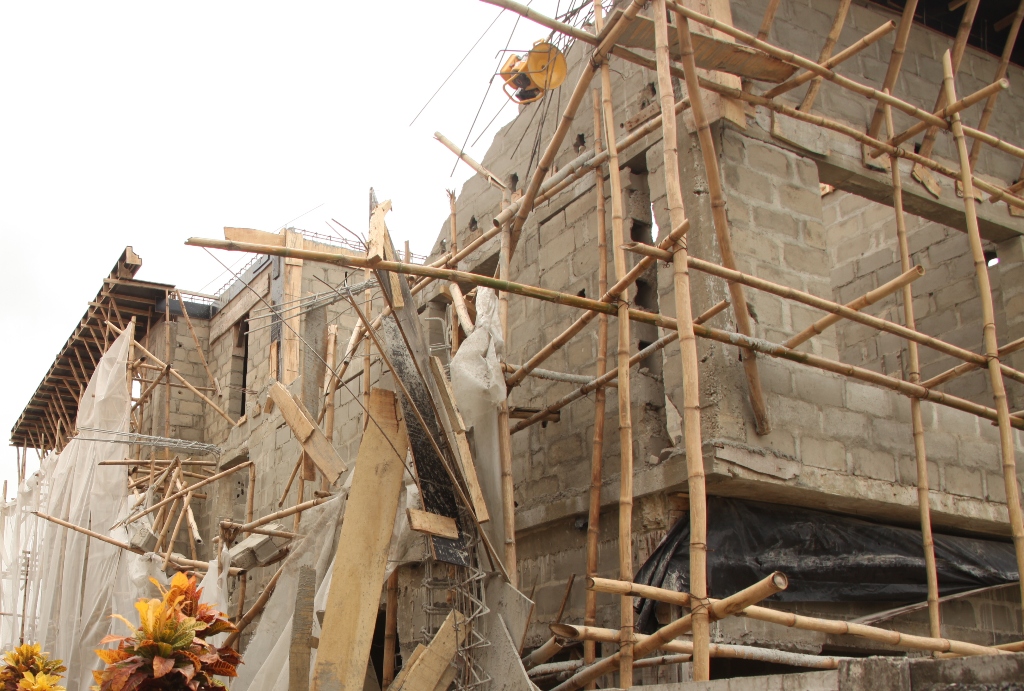 Share this on WhatsApp
Spread the love
The Lagos State Government on Friday sealed the building that partially collapsed at Nicon Town Estate on Admiralty Way in Lekki on Thursday which reportedly killed two persons and left one other severely injured.
The State Government has also ordered integrity test to be conducted on the structure.Wasiu Anifowose, Lagos State Commissioner for Physical Planning and Urban Development, after carrying out on-the-spot assessment of the incident, said the building would remain sealed till the completion of investigation by relevant government agencies, while the report of the investigation would be made public in due course. 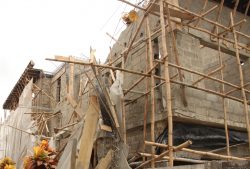 He said officials of the Ministry immediately moved to site after being alerted of the incident, while the workers at the scene were evacuated.
The Commissioner declared: “Yesterday, I was in my office when I had a call that there was a partial building collapse in Lekki and I immediately mobilized my officers to site. They have given me their report and the onus is on me to ascertain the situation of things and that is why I am here.

“Based on our preliminary investigation, we discovered that it was the roof gutter of the building under construction that fell off the main house and a vibrator was also used.
“At the moment, the State Government has taken the necessary steps; we have evacuated all the people that worked on the building and the property has been sealed off. It will remain sealed until we conclude our investigation,” Anifowose said.
He, however, faulted the owner of the building for not displaying the Project Board on the site of the construction as required, but said the ongoing investigation would reveal actual state of things. 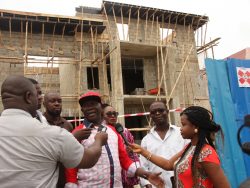 “The Project Board usually contains information such as the name of the architect, name of the engineer, the name of builder and the approved building plan. There is nothing of such here but like I said, we will go back to the office and check the file. There are two levels of approvals for this type of construction and that is approval from the management of the Estate and then approval of the State Government.
“Since this is a case of partial building collapse, the first thing we are going to do is to conduct integrity test. The test will confirm to us whether the construction can continue or otherwise, after which the government will do the needful and the public will hear from us,” Anifowose said.
Share this on WhatsApp
Related Topics:Collapsed BuildingLagos State Commissioner for Physical Planning and Urban DevelopmentLagos State GovernmentNICONWasiu Anifowose
Up Next