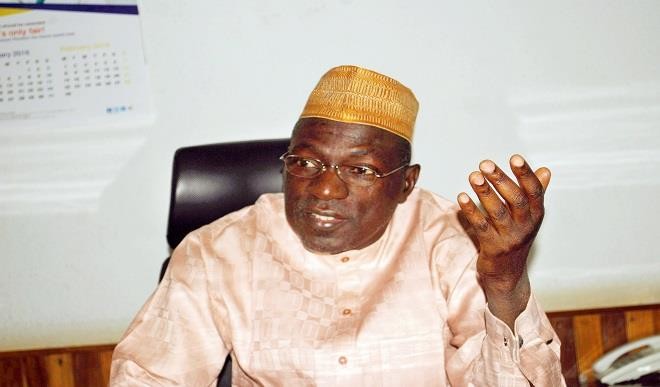 Share this on WhatsApp
Spread the love
Following his party’s reconciliation committee recommendation, PDP’s Chair Ali Modu Sheriff has consulted party stalwarts in the BoT, Houses of Assembly and other caucuses to set up a committee for the party’s national convention.
Sheriff made this known while briefing journalists on Monday in Abuja on the recommendations of the party’s Reconciliation Committee, chaired by Gov. Seriake Dickson of Bayelsa.
And, according to him, the idea seemed to resonate with those he contacted—a sign the break-away faction led by Ahmed Makarfi, and supported by the PDP governors and reps, is losing out.
He added that he had commenced consultation with the Board of Trustees (BoT) through its Chairman, Walid Jibrin, whom he said, had promised to get back to him for a formal meeting with BoT members.
He said by next week they would meet with the party’s national ex-officio members from the 36 states.
“We are on course and we will go as planned. For everybody that believes that it is not political solution, they are on their own,” he said.
Mr. Sheriff reiterated his determination not to contest the national chairmanship at the national convention, adding that his NWC members had the right to contest for any position of their choice.
On his presidential ambition for 2019, he said that it was a decision left for God.
“Every position I occupied in life, God made it possible. I am a firm believer in the will of God. I told you I will not run for the chairmanship position, the rest we leave to God.”
He, however, said that the party’s chairmanship position would definitely be for the Southern part of the country
Share this on WhatsApp
Related Topics:national conventionPeoples Democratic Party (PDP)Senator Ahmed MakarfiSenator Alli Modu Sheriff
Up Next