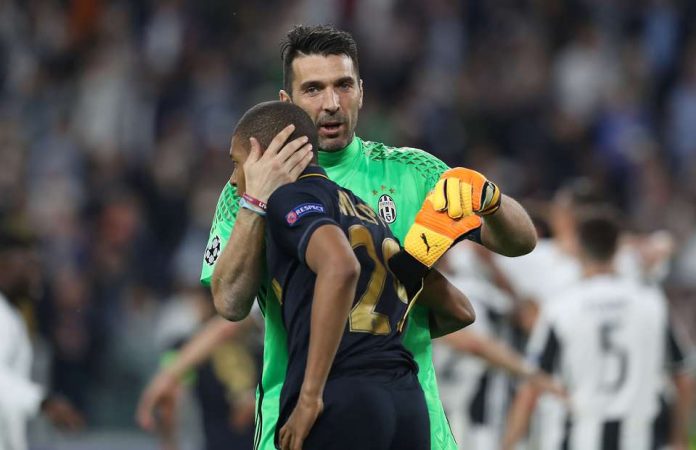 Buffon, 40, moved to the French champions for free in the summer, while 19-year-old Mbappe completed a £135million permanent deal after spending last season on loan in Paris.
And he is kept acutely aware of the two-decade age difference between him and his teenage clubmate.
Buffon said: ‘With Mbappé we joke and often laugh together, he always tells me: ‘Never in my life could I have imagined playing one day with you?”
‘He saw me play the 2006 World Cup against France, when he was a boy. I faced him in the semi-finals of the Champions League in 2017.’
Buffon also believes his current team are born winners, and is happy to share keeping responsibilities with team-mate Alphonse Areola.
The 25-year-old had been first choice at PSG before Buffon’s arrival, and the two look set to rotate duties between the sticks this season.
‘In Turin I left my teammates who were also champions and I found new ones here in Paris: they too are champions.
‘I know only one way to give the best of me: make the right interventions at the right time, in order to be decisive. It seems unthinkable to have only one holder on goal, the season is long and everyone needs it, you never know what can happen.
The Champions League? I want to play it again and try to do my best, still live great emotions, even if I do not make an obsession.’
PSG have enjoyed an unbeaten start to the season, with Buffon starting their Trophee des
Champions victory over Monaco and their first two league games against Angers and Guingamp before Areola stepped in for the win over Caen.