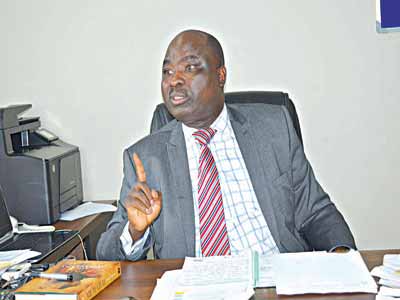 Electricity Distribution companies in the country are said to be owed about N45 billion by the military and MDAs by the end of 2015.

According to the Executive Director, Association of Nigerian Electricity Distributions, Sunday Oduntan said the debt used to be N32 billion before it rose to the present amount in 2015. He said the inability to collect this huge debt is one of the challenges facing the sector because the Distribution companies were also unable to pay for the electricity supplied them.

Oduntan said the DISCOs have been discussing with the government on method of payment since the time debt was N32 billion because they need that money dearly to purchase equipment such as meters, among others, and also oil the operation to serve the customers satisfactorily.

“We had a meeting with the Federal Government presided over by the Vice President, Prof Yemi Osinbajo, and he listened to all the stakeholders including the Nigerian Electricity Regulatory Commission (NERC), Market Operator (MO), Nigerian Bulk Electricity Trading (NBET), generating, and distribution companies. We all tabled our problems and the government assured us of looking at the issues. The Vice President promised us that the MDAs will pay the debts. We will continue to discuss with the government until the debt is paid,” Oduntan said.

The ANED chief stressed the importance of the government agencies to pay the huge debt and the need for all electricity consumers to be committed to payment of bills promptly.

He said due to supply value chain inefficiencies; about 50 per cent of power bought by the DISCOs is not paid for. These include power theft, inadequate collection infrastructure, and insufficient/non-cost reflective tariff.

The challenges, according to Oduntan, have put the distribution companies under serious financial pressure because DISCOs are collection agents for the entire power industry. Therefore, shortfall in revenue collection by the DISCOs affects the entire value chain, he added.

He said for the country to have the desired level of electricity supply, all categories of customers should endeavour to pay their electricity bills appropriately and the government should encourage massive investment in the sector.