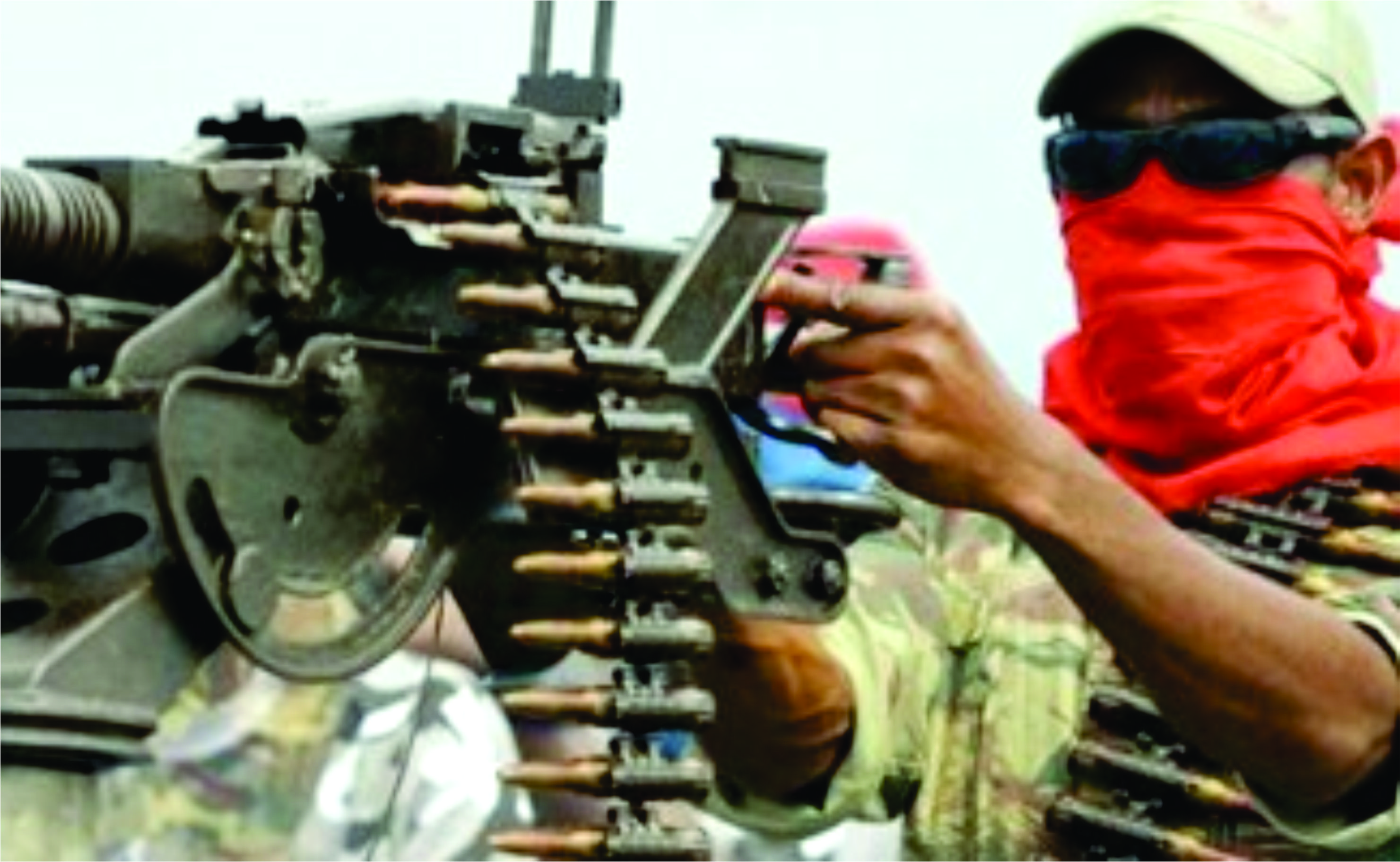 THE Niger Delta Avengers, a new militant group that has claimed responsibilities for series of pipelines vandalisation in the Niger Delta has warned oil companies operating in the area that the presence of military in the creeks will not deter them from carrying out its threats unless their demands are met.

The Group in a recent statement signed by its spokesman, Col Mudoch Agbinigbo warned Chevron Plc not to carry out repair works at the valve platform that was blown up by the group recently, until its demands are met. It also threatened attack the company’s workers and tank farms, including the one in Lekki, Lagos.

According to the group, Chevron has been operating in the Niger Delta region for over 40 years and no day passes without their terminals having electricity, while the host communities and villages around the terminals lack basic amenities like portable water, schools, hospitals, roads and electricity.“They have a pact with the federal government to undermine the people of the region. When we blew up the Chevron Valve Platform it resulted in total blackout in the Escravos Tank farm for more than three hours. If we can do it just know that we are capable of bringing down your tank farms if you continue with repair works on the blown valve platform.”

ALSO SEE: Excravos on Fire as pipelines linking Warri-Lagos-North blown up by militants

“Chevron and the Nigerian Government are pushing us to do that which is against our wish. Despite making it clear that we are not after innocent human lives but the way they are going, we will not rule out human casualties. Be informed that if we decided to strike, it is going to be bloody. And to the contracting firm going to do the repair works, we want you to know that your facilities and staff will be our first casualties.” The group said.

The violent militant group also issued a two-week ultimatum to owners and operators of oil blocs in the Niger Delta area to shut down their business operations and evacuate all their staff or face a ‘bloody’ attack.”To owners and operators of these oil blocs in our region, the Niger Delta Avengers is giving you two weeks ultimatum to shut down your operations and evacuate your staff.”

“If at the end of the ultimatum, you are still operating, we will blow up all the locations. It will be bloody. So just shut down your operations and leave”, the group warned,” it stated.